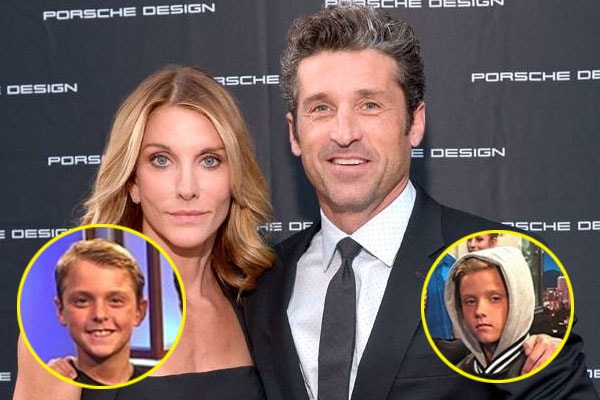 Sullivan Patrick Dempsey and Darby Galen Dempsey, Patrick Dempsey‘s twin children with wife Jillian Fink, were born on February 1, 2007. Patrick and Jillian welcomed the twins as their second children together.

Darby Galen and Sullivan Patrick are the youngest one in the family. They have an older sister named Talula Fyfe Dempsey born on February 2002.

Darby Galen Is A Football Enthusiast

Patrick Dempsey’s son Darby Galen Dempsey loves playing football. Probably the next football star on the way. Both Patrick and Jillian are proud of their son Darby’s passion for playing soccer. It seems like Darby is more outgoing and also he loves to spend time outdoors.

Darby Galen is also adventurous just like his father, Patrick. Not just the good looks but he also shares the same level of enthusiasm when it comes to outdoor activities. We guess the father-son have plenty of fun memories to look back on.

Sullivan Patrick Is Passionate About Acting

The twin brothers Darby and Sullivan have entirely different hobbies. While his brother Darby is all into soccer, Sullivan has a passion for acting. We bet with that looks and bubbly personality he will surely become a Hollywood star. Maybe even famous than his dad.

The handsome Sullivan has good bonding with his brother Darby. The twin brothers can be seen having fun together with their lovely parents and gorgeous sister Talula. Sullivan is the positive energy of the house. He loves being silly but in the cutest way.

Darby Galen Dempsey- Darby is an English name for a boy. It means a deer park. Similarly, the name Galen has a Greek origin, and it means calm.

Sullivan Patrick Dempsey- The name Sullivan is for a boy. It has an Irish origin, and it means black-eyed one. Likewise, Patrick is an English name for a boy which means patrician or noble.