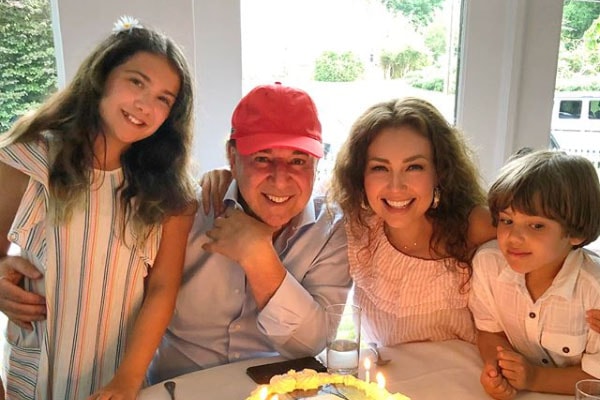 Thalia is a multihyphenate Mexican woman who happens to be a singer, songwriter, actress, producer and also an entrepreneur. As for her husband Tommy Mottola, he is a music executive. Tommy is also the co-owner of Casablanca Records.

Children of Thalia and Tommy Mottola

Having two children from his earlier marriage, Tommy Mottola welcomed daughter Sabrina Sakae Motola Sodi on the 15th of October, 2007. The lovely daughter of Thalia and Tommy, Sabrina is ten at the moment. After a couple of months, she will be celebrating her 11th birthday.

After five years of having a daughter as a companion, Thalia with husband Tommy Mottola welcomed another child to their small family. Thalia gave birth to son Matthew Alejandro Mottola Sodi on the 25th of June, 2011. At the time of birth, the small Matthew weighed 7 pounds and 14 ounces.

The lovely family of Thalia and Tommy Mottola spend a lot of time together. Last year the adorable family took a vacation to the Bahamas to celebrate father’s day, Thalia and Tommy’s son Matthew’s birthday. It’s all for the kids, Thalia says.

As soon as the children Sabrina Sakae and Matthew Alejandro are out of school, the family plans a vacation to spend quality family time and enjoy the moment at the fullest. Since Thalia is busy recording songs in the studio, Tommy is occupied with his chores and it is during the vacation and trips where the family gets to spend time together.

The gorgeous Thalia is Tommy Mottola’s third wife. The husband-wife duo of Thalia and Tommy Mottola tied the knot on the 2nd of December, 2000 in New York.

The name Matthew is derived from Hebrew name Matityahu which means “Gift from God.” And as for the name Alejandro, it is a Greek baby name which means defender or protector of mankind.