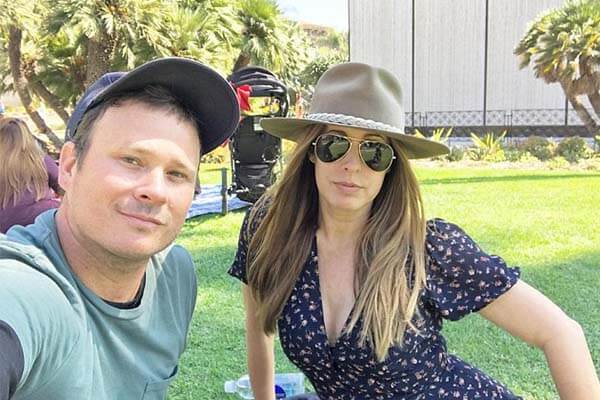 Tom DeLonge‘s children are his son, Jonas Rocket DeLonge, and daughter, Ava Elizabeth DeLonge. Tom and his wife Jennifer DeLonge welcomed their daughter Ava in 2002. The couple had their son Jonas in 2006.

The former Blink-182 legend Tom DeLonge and his entrepreneur wife Jennifer DeLonge had tied the wedding knot on May 26, 2001. They are happily married and are proud parents of their two beautiful children. Tom’s wife and his two children live a quiet life in San Diego, California.

As well as being a loving husband to his beautiful wife Jennifer, Tom DeLonge is an understanding father as well. He and his wife, Jennifer DeLonge, met at a party and started dating, before eventually marrying on May 26, 2001. He and his wife Jennifer make sure to leave no stone unturned when it comes to raising their kids. In 2015, the guitarist left Blink-182 “indefinitely”, possibly to focus on his family.

As he was always busy, Tom felt the need to address his wife and children’s need to spend more time with him. By putting aside his career for some time, Tom showed his responsibility as a husband and father. The husband-wife duo of Tom and Jennifer had their first child, Ava Elizabeth, on July 15, 2002. Tom DeLonge’s daughter Ava is likely out of high school and is set to ride journey towards college life. Further, the attractive Ava Elizabeth DeLonge’s boyfriend and dating partner is Juan Cardenas, who is a handsome young man.

Similarly, the spouse duo, Tom and Jennifer welcomed their second child, Jonas Rocket, on August 16, 2006. Tom DeLonge’s son Jonas is a healthy young boy and is spending his childhood comfortably.

Since the arrival of both his lovable children, Tom is currently busy being a caring and supportive dad. Moreover, Tom’s Blink-182 teammate, Mark Hoppus, is also a father to a handsome son, Jack Hoppus.

Jonas Rocket DeLonge: Jonas is a Hebrew origin name, meaning “sign or potent.” The name Rocket is an English name that means a “jet-propelled tube.”

Ava Elizabeth DeLonge: Ava is a girl’s name that comes from the Latin “avis”, which means “bird.” Elizabeth derives from the Ancient Greek, meaning “My God is an oath.”