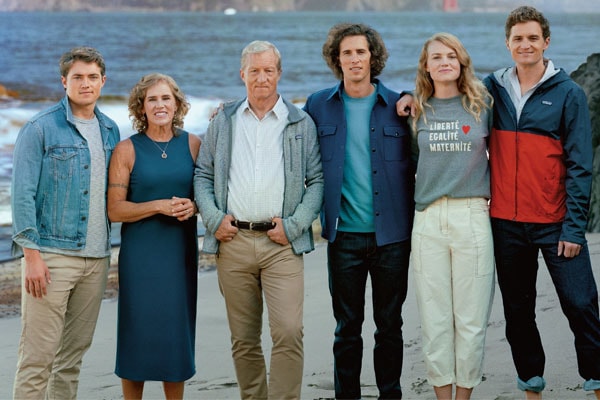 A self-made billionaire and Democrat, Tom Steyer, is a father of four children. He has got four handsome sons and a beautiful daughter. The names of Tom’s three sons are Samuel Steyer, Charles Augustus Steyer, and Henry Hume Steyer and his only daughter’s name is Evelyn Hoover Steyer.

Tom Steyer has been married to Kat Taylor since 1986. Taylor is currently working as the Co-CEO of Beneficial State Bank. The pair raised their four children together. Let’s glance at the life of all the children of Tom Steyer.

As mentioned earlier, Tom and his wife Taylor have four children together, including three sons and a daughter. Taylor wrote on her bio on the Beneficial State Bank‘s website that each of her children was pursuing their own wild and precious life.

Tom’s eldest son Samuel Steyer is an influencer and has the most public presence among the four siblings. According to his LinkedIn profile, Sam studied Maths at Harvard University. Eventually, Sam followed his parents’ footsteps of attending Standford for his Master’s Degree. He then completed his Master’s Degree in computational and mathematical engineering.

Tom Steyer has other three children including Charles Augustus (Gus), Evelyn Hoover (Evi) and Henry Hume. Evelyn is the only daughter of Tom and Taylor. However, there is no information regarding their birthdays and lifestyle. It looks like the Steyer family doesn’t want to share their personal space with the media.

As mentioned above, Sam Steyer is a computational and mathematical engineer. Sam is also the co-founder and analytics chief of a company called Station A in San Francisco. The company’s main motto is to transition the world to 100% clean energy.

On his LinkedIn profile, Sam shared a bit about his childhood. He states

“My mom threw me fantastic, nerdy birthday parties where my friends and I could navigate the tactile dome at the Exploratorium or collect bugs in the Marin Headlands. My Dad read to my siblings and I most nights and on many family vacations. The all-time highlight was the early Harry Potter books.”

Well, we can see that Tom has been a great father and has got a loving relationship with all of his children.

Samuel Steyer: Samuel was originated from Hebrew in the Bible, who was a  judge establishing Hebrew monarchy.

Charles Augustus Steyer: Augustus name gives the meaning of majestic and Charles is a royal name being borne by ten kings of France.

Evelyn Hoover Steyer: Evelyn is the English name which gives the meaning of companionship.

Henry Hume Steyer: Henry Hume is an English and French male name which was derived from the Olde Danish “hulm.”