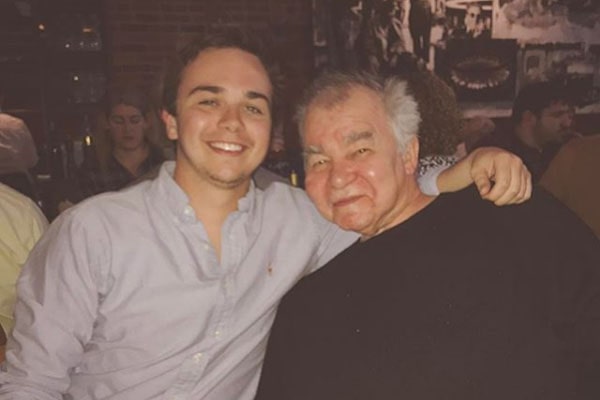 Born in 1996, Tommy Prine is John Prine‘s son with his wife, Fiona Whelan. Tommy is fortunate to have such loving parents. Well, Tommy’s dad, John, was an American country-folk singer-songwriter, and his mom, Fiona, is John’s manager.

Talking about Tommy, he also has got a brother named Jack Prine and a half-brother named Jody Whelan. They seem to have a great brotherly love for each other. Here’s what you need to know about John Prine’s son, Tommy Prine.

John Prine’s Son Followed His Footsteps To Pursue A Career

As the title says it all, Tommy Prine followed his dad’s footsteps to pursue a career in music. He’s a guitarist and singer by profession. Tommy Prine’s net worth seems to be of a promising amount that he gathered from his career. Although he has not gained massive popularity, Tommy seems to be well dedicated to his music career. A guitar on his hand and there you go, Tommy can play guitar all day long.

Well, John Prine’s son is flourishing as a better music artist. He has done a number of tours and concerts. Not only that but also the father-son duo loves to perform on stage. They performed together at the Bonnaroo Music and Arts Festival. John Prine must be very proud of his son to extend and continue his musical legacy. Also, he has covered John Prine’s songs at his gigs and stage performances. Tommy Prine also has a SoundCloud with his song collections. Make sure to check out his account if you’re a Tommy Prine fan.

Therefore, Tommy Prine chose his daddy’s path to establish his career and maybe will thrive as one of the best musicians in the music industry. He might be spending lots of time at studios to release his albums and songs. So, let’s tighten up our seatbelts and be ready for Tommy Prine’s upcoming albums.

Well, if you’re not aware, Tommy Prine is in a loving relationship with his girlfriend, Savannah Hallmark. The love birds seem to make a perfect couple together. Both of them probably began dating each other from December 2018 and now have stepped their love game to the next level. Going through Tommy’s Instagram Profile, we can see that he and his girlfriend, Savannah, love going on romantic dates and hanging out most of the time.

Let’s hope that the adorable pair will continue their love in the near future as well. And we hope to see the cute couple getting married in the coming years.

Nevertheless, best wishes to Tommy in his future endeavors and his musical career.

Tommy came from English origin, and its meaning is ‘a twin.’