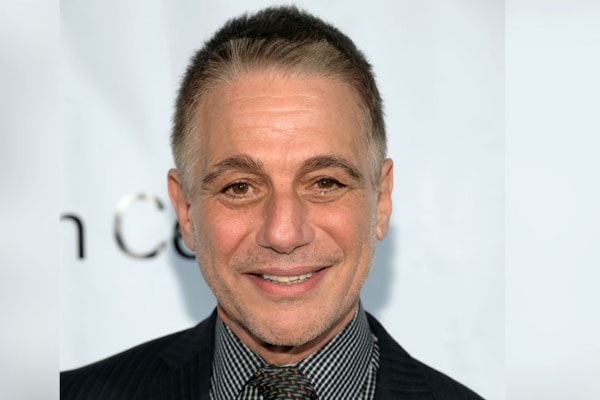 Tony Danza is a venerable protean actor who is a father to four very wonderful kids. Mr. Tanza has two kids each from his previous marriages.

Tony has got two children, son Marc Anthony Danza, and daughter, Gina Danza which he had from his first ex-wife Rhonda Yeoman. As for his other kids, Tony’s second ex-wife Tracy Robinson gave birth to his other two children, Emily Danza, and Katherine Danza.

Tony Danza’s son Marc Danza was born on January 29, 1971, as the first child to Tony and his then-wife Rhonda Yeoman. Rhonda was Tony’s high-school flame. The pair tied the knot in 1970. One year to their marriage, they welcomed baby Marc. Marc was born as Marc Anthony Danza. He is 48 years and is married to his wife Julie Danza. Not much is known about their relationship. The duo welcomed their own son, Nicholas David on August 27th, 2005. Marc usually posts about his son on his Instagram page. Even grandpa Tony pops a picture of his grandson on his own Insta page here and now.

In 1974 however, Tony and Rhonda decided to call it quits and went their separate ways. They kept in touch and nearly a decade later, was back together. In 1983, they were graced by their second child, daughter Gina Danza. Tony Danza’s daughter Gina Danza is living a very private life, and not much information is out there about it. The siblings also have two other half-siblings; Emily and Katherine.

Tony Danza’s daughter Katherine Danza is 32 years of age now. She is a makeup artist and a beauty expert. She is adroit at makeup and often posts about it on her Instagram page.

Katherine makes sure to post about her family as well. On half-brother Marc’s birthday, she posted this adorable picture of Marc carrying her on his arms back when they were kids!

Not just that, she even makes sure to wish her father Tony whenever it is an occasion. She is also very close to her sister Emily Danza. The sisterly-duo had also participated in the Los Angeles Mission’s Thanksgiving Meal For the Homeless in November 2002.

Not much is known about Tony Danza’s daughter, Emily. She was born in 1993 and is 26 years. Her Instagram page is kept on private. It looks like she is a woman of privacy.

Tony Danza has a beautiful family and we wish for nothing but happiness in their life!

Marc Danza: Marc is derived from Latin ‘Marcus’ which means ‘God of War’.

Gina Danza: It is of Italian  origin “Regina,” meaning “queen.”