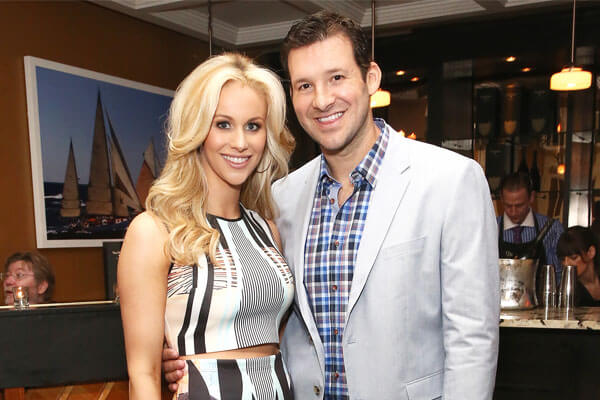 The couple’s three boys are growing up well in comfort and safety. Sibling brothers Hawkins, Rivers and Jones bond well and they always find something fun to do together. Moreover, the parents of three posts heart-melting pictures of their vibrant family on their Instagram and Twitter.

Hawkins Crawford Romo is Tony Romo’s first child and the eldest son in the family, born to his wife, Candice Crawford Romo. Hawkins is a responsible son, as he is the oldest among his sibling brothers, Rivers, and Jones McCoy.

Hawkins Crawford is undoubtedly growing up faster and gaining significant inches in height. The “Dallas Cowboy” son is sure to try his luck in professional football like his legendary father, Tony.

Rivers Romo, Tony Romo’s middle son with his wife Candice Crawford Romo, was born on March 18, 2014. He is the younger brother of Hawkins Crawford and elder brother of Jones McCoy. Likewise, influenced by his father, Rivers watches most NFL games and even has his pick of favorite players, as evidenced by a post on Twitter.

In a Twitter post, we can see Rivers enjoying a football game in the commentary booth with his father and mother. For sure, Rivers loves footballs and rocks his jersey with pride. Rivers’ plans might include surpassing his father Tony’s career as a Dallas Cowboys quarterback. Only time will tell.

Jones McCoy Romo was born to his parents on August 23, 2017. He is Tony Romo’s third son with his wife Candice Crawford Romo as well as the youngest child of his family. Following his son Jones’ birth, Romo tweeted:

After being a father to three healthy sons, Tony jokes in the Twitter post that he is “building a basketball team.” Well, you have to be quite tall to play basketball. And we can be sure that Jones McCoy is going to get them all the nutrition in the world. His father can easily afford a lavish upbringing for his youngest son.