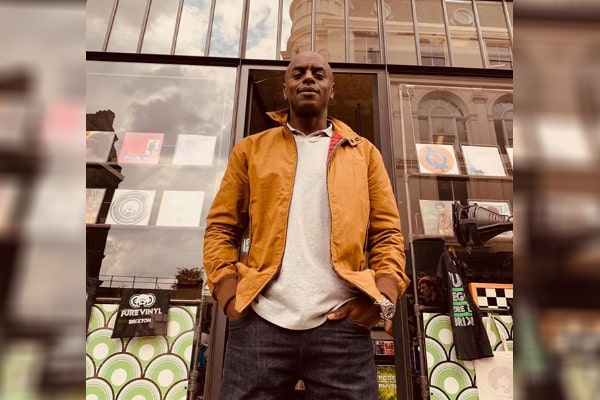 Trevor Nelson's daughter, Mila is establishing herself as a DJ while son Miles is having troubles with laws. Image Source: Trevor's Instagram.

Trevor Nelson is a British DJ and broadcaster. He has been entertaining people all around the globe since 1985 and has never gone back since. Besides dropping his sick beats, he is a great father of two children.

The single father is doing his best to raise his children, Mali Nelson and Miles Nelson, single-handedly. So, today, we shall be tailing the life of Trevor Nelson’s children’s lives.

DJ and broadcaster, Trevor Nelson, welcomed his first child from his first relationship. But, according to Daily Mail, Trevor Nelson’s ex-wife, Anna gave birth to his daughter, Mali Nelson, aka Shy One during their marriage.

However, according to the Guardian, his former partner raised their daughter. Whoever Mali Nelson’s mother is, she surely has picked up her father’s love for music and is a massive muso. Trevor credit’s his baby mama for her influence and Mali’s taste in alternative music.

Although Nelson did not raise their daughter, they do have a bond with one another. They are gradually forming a relationship and getting close to one another. Trevor often posts about his daughter and wishes her on birthdays.

Mali Larrington-Nelson, aka Shy One, has gained quite a crowd on her own as a successful DJ and producer. She landed her first DJ gig on a community radio station at her local youth club at the age of 14.

Although there aren’t much on Mali’s childhood, she surely had an explosive and enlightening one in regards to music. Now, let’s take a look at her career.

Trevor Nelson’s Daughter As A DJ

Although mother raised Trevor Nelson’s daughter, she sure has her father’s flame. Although Mali’s professional name mislead you as a timid artist, she is a wholesome package.

Larrington-Nelson is known for her diversity since she is influenced by the full spectrum of sounds in her hometown, London. Shy One has released three albums so far, including Where I Stand… I Will Fall, Bedknobs & Boomkicks, Todessymphonie, Decaffeinated Love EP, etc. In an interview, Mali revealed that she isn’t in a rush to release more albums.

During an interview in 2017, Mali Nelson’s time was occupied in planning her radio sets and working in tunes. Likewise, she has collaborated with performance artists like Victoria Sin, MC Kwam, etc. Besides being involved in music, she also aims to create a space for marginalized communities through music, culture, and art.

Let’s hope Trevor Nelson’s daughter continues to grow as a DJ in the coming days.

The veteran BBC DJ Trevor Nelson welcomed his son, Miles Nelson, with his ex-wife, Anna. The former duo was married for more than a decade but unfortunately parted ways when Miles was very young.

While talking to the Guardian, Trevor revealed that his son does not share his values. Since Trevor himself grew up in a strict household, he didn’t want to bore his son. Plus, he did not want to inflict that discipline made a person better.

My son just asked me if I have any hair gel.

Furthermore, it looks like Miles is not following his father’s footsteps but loves festivals. Also, Trevor reflected on his divorce and how it affected his son.

Trevor came to limelight with all good news and achievements, but his son came to the hype after being arrested on drug dealing charges in February 2020.

Miles was arrested after police found a haul of Class A and other drugs in a car and raided a nearby home. He was to appear at Crown Court, east London on two drug-dealing charges, and one further count of criminal property.

Regrettably, it wasn’t the first time Trevor Nelson was arrested. He narrowly avoided jail after assaulting a man in the head during a brawl outside a nightclub in 2013.

The 19-year-old at the time, Miles was part of mobs caught on CCTV attacking student Christopher Wombell at the trendy Proud Galleries, North London.

Miles Nelson admitted of trying to sell MDMA to an undercover cop at a music festival in central London. Furthermore, he also admitted possession of a class B-drug. He got suspended 15-months jail term and paid the victim £100.

It’s almost a shame, but everybody goes through a rebellion phase and lacks vision. Plus, it seems like Trevor Nelson’s son was affected by his parents’ separation, which made him choose the wrong way. Let’s hope everything goes well in the Nelson family, and Miles manages to succeed like his sister, Mali.

The name Miles is of Latin origin, which means soldiers.

The name Mali is of Arabic origin which means Full, rich.