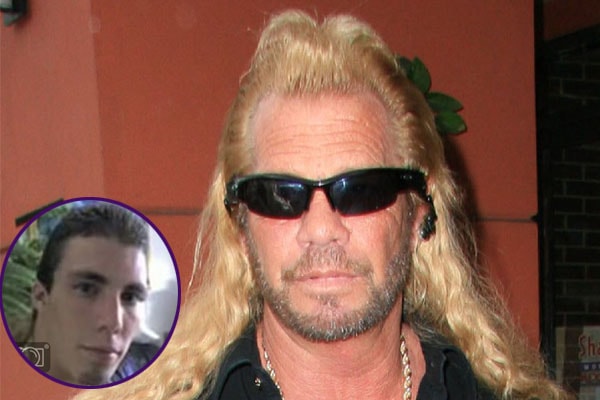 The bounty hunter and a former bails bondsman, Duane Chapman’s son Tucker Dee Chapman was born on September 8, 1983. Like his mother, Lyssa Rae Brittain, Tucker rarely appears on social media, but he is quite a troublemaker kid. He has also been involved in drugs for which he had spent some time behind bars.

Nevertheless, Tucker resembles his father and has been featured in two series: Dog The Bounty Hunter and E! The Hollywood Story. Since then there hasn’t been any news about his further projects. We assume that Tucker Dee must have been caught in drug addiction which didn’t let him move towards a good lifestyle. His father, Duane has altogether 13 children from his past relationships. From his mother’s side, Tucker has three siblings named Lyssa Chapman, Late Barbara Katie, and Nicholas Chapman. Tucker’s father Duane was also married to La Fonda Sue Honeycutt making her Tucker’s step-mother.

Duane Chapman’s Son Tucker Dee Has Been Jailed For Drugs

The drug isn’t anyone’s personal choice on the first hand. The surroundings, depression and bad peers compel them to take these harmful substances. We aren’t sure whether it is true or not, but according to some sources, it was claimed that both of Tucker’s parents were alcoholics and drug addicts. Making the matter worse, the couple filed for divorce leaving a bad remark upon the family relationship. The situation pretty much tells us the fact that Tucker’s family definitely didn’t have a healthy environment. It must have equally affected his childhood. Tucker’s sister, Lyssa Chapman, has also stated that she didn’t have a regular childhood.

There isn’t crystal clear what Tucker was up to. But going through some source, we got a rare chance to know that he was discharged from the Jail since 2006. And he tried to move on.

If you have known it or not, Tucker’s family had actually run the show from which their fans got to know about the drugs addict, speech and many more. However, still, the fans believe some of the truths have been untold. His father’s current wife Beth Smith was battling with cancer and lost in June 26, 2019. The whole Chapman family is mourning her death.

Tucker’s parents, Lyssa Rae and Duane had been married from 1982-1991. He doesn’t share a good relationship with his father. As per some source, it was reported that Tucker leaked the conversation between him and his father, probably the bad remarks must have gone through. It led to the cancellation of “Dog The Bounty Hunter,” reality show. Duane had used an offensive term on Tucker Dee Chapman’s girlfriend.

To make the matter worse, Tucker had sold his father Duane Chapman’s racial tirade for $15,000. However, Duane took to social media that he still loves his son.

The name Tucker comes from the Old English which means “to torment.” Dee is also used as a nickname. In some country, it was named after the river bank.