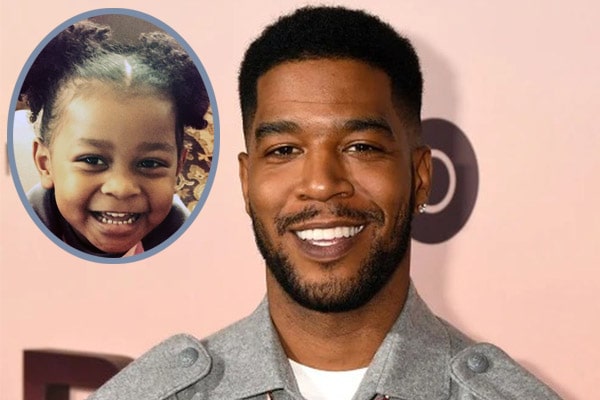 Vada Wamwene Mescudi is the daughter of Kid Cudi aka Scott Ramon Seguro Mescudi . Image Source: Twitter/ The Chosen One

The cute Mexican-American Vada Wamwene Mescudi‘s father Kid Cudi is a popular Brooklyn-based rapper. Talking about Vada’s mama Jacqueline Munyasya, she prefers to live a life away from the media spotlight.

Vada Wamwene Mescudi’s parents did not stay together for long after her birth. Kid Cudi and his ex-partner separated soon after the birth of their daughter Vada. After their separation, Vada’s mother Jacqueline Munyasya took the custody of Vada. Though Kid Cudi’s daughter Vada stayed with her mother, she visits her dad often and spends some time with him.

Furthermore, not too long ago, Vada also announced her dad’s song via an adorable video. Kid Cudi had posted the video on his twitter and Instagram.

And now a word from Princess Vada the chosen…

There was no problem between the parted lovers regarding Vada until 2012.  In August of 2012, Vada’s baby mama Jacqueline alleged Kid Cudi of sending emotionally abusing and humiliating texts. The court ordered Kid Cudi to stay away from her in every form of communication. Since then no news has been heard regarding the legal fight between Vada’s parents.

In one musical performance in his hometown Cleveland, Ohio, Kid Cudi introduced his daughter to Crowd.

Now only time will tell us, whether or not Vada will also follow her father’s footsteps and enter the entertainment industry.

Vada’s daddy Kid Cudi struggled with mental health in the past. He confessed in an interview that his fame and expectation from fans and music industry declined his mental health.

Not only being off Cocaine for four years, but Vada’s father also tweeted in 2019 apologizing to his past girlfriends for mistreating them.

I apologize to all my girlfriends in my 20s and early 30s I let down and treated like shit because I wasnt right. All of my relationships didnt work out because of me. I had to accept that and find peace and be better.

Currently, Vada’s superstar dad Kid Cudi is busy with his career as a rapper and being Vada’s loving and caring father.