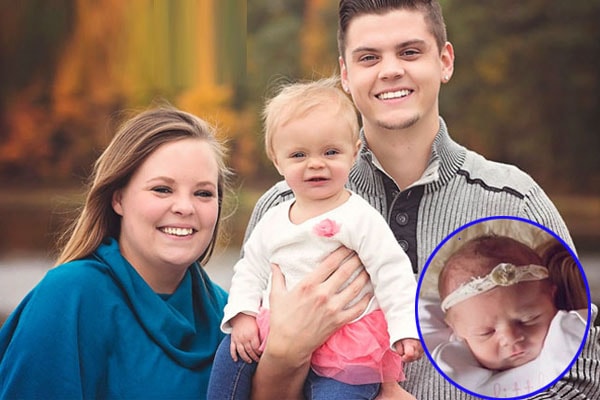 The American TV Personality and author, Catelynn Lowell‘s daughter Vaeda Luma was born on February 21, 2019. Vaeda is the fourth child of Catelynn Lowell with her long-term boyfriend and husband, Tyler Baltierra. Catelynn had her first child during her early teen with boyfriend Tyler whom they gave up for adoption.

Vaeda has altogether two siblings named Carolyn Elizabeth Davis and Novalee Reign Baltierra. Before Vaeda was born, Catelynn went through a heartbreaking condition after finding out her miscarriage. Vaeda came as the rays of hope for the couple to be a parent again.

Vaeda’s mother had a traumatic experience after she lost her baby back in 2018. It was buried beneath the heavy burden of anxiety. It had come so dangerously close to the worst circumstances that a mother can bear the loss of a child. She had to join the rehab after suicidal thoughts.

However, after a year, Vaeda’s birth brought back the missing piece of happiness. The baby brought much happiness and blessing in Christy and Tyler’s life. The couple took to Instagram stating that their new baby was like the rainbow after the harsh storm.

The couple was over the moon after having their baby welcomed in good health, and Vaeda has already enlightened Catelynn’s Instagram with baby’s beautiful picture.

With the arrival of Vaeda, her sister Nova couldn’t have been much happier than anyone. She is only four years old and is already giving moral support to her mother. Catelynn took to her Instagram stating Nova was proud of her for listening to doctors. It looks like Vaeda has got an amazing sister who can guide through her long journey ahead.

Vaeda’s parents are teenage lovers and young parents who had their first child in early teens. According to US Weekly, the couple shared that they want more children. This is high hope that Vaeda will have a younger sibling soon.

The Vaeda name is taken from the Sanskrit scripture. It is a variant of the name Veda. Luma has Indian and Muslim origin and means sunset.