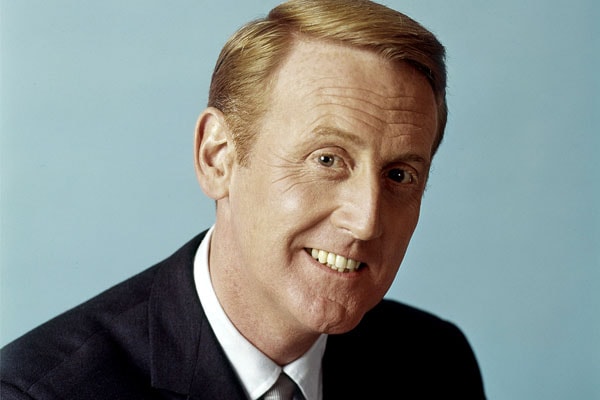 Michael A. Scully was Vin Scully‘s son whom he had with his late partner Joan Crawford. He was Vin Scully’s eldest son. Michael had two siblings, a brother named Kevin Scully and a sister whose name is yet to be revealed.

Sadly, Michael’s mother, Joan died of an accidental medical overdose in 1972. So, Vin Scully married Sandra Hunt in 1973 to overshadow the pain of his first wife’s death. Vin Scully with his wife, Sandra Hunt had a daughter named Cat Scully, who is Michael’s half-sister in relation.

Michael A. Scully died in a helicopter crash at the age of 33. Going back in time before Michael’s death, he used to work for the ARCO Transportation Company. Vin’s son Michael had a horrific accident while he was inspecting oil pipelines for leaks near Fort Tejon, California.

The immediate aftermath of the Northridge earthquake in January 1994 led to Michael’s death. Michael’s death must have made his family pass through a traumatic situation. Plus it could have been tough for Vin Scully to lose both his wife and a son.

The sad part is that Vin Scully had to bear the pain of losing two pieces of his heart. But later on, Vin drove back into his work that eased the burden and grief from losing his wife and son.

As mentioned above, Vin Scully had to pass through the trauma that rose from his wife and son’s death. It looks like Vin is emotionally and mentally strong as he had to bear an inevitable pain in his life and still made it out. Although Michael’s death haunted him often, he credits his religious, faith and his willingness to get back to work that helped him a lot.

He even said in a number of interviews of being able to get back into his work. Similarly, it helped to ease the burden and misery that was caused by the death of his close ones. Likewise, Vin Scully’s second marriage with Sandra Hunt might have brought vast changes in his life as well.

The name Michael originated from the Hebrew name “Mikha’el” meaning “who is like God?”