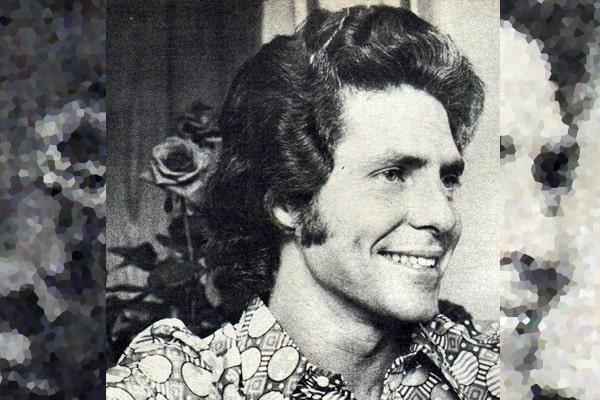 Wes Farrell, born Wesley Donald Farrell, was an American musician, record producer, and songwriter who became a prominent name in the 60s and 70s. He sang and produced several notable songs in the 60s. Besides being triumphantly successful,  Wes Farrell was also the sweetest father of three children.

Wes Farrell married four women and welcomed three kids with his first and fourth wife, Joan Arthurs and Jean Inman. Farrell was also married to Frank Sinatra‘s daughter Tina Sinatra in 1974 and actress Pamela Hensley in 1979. But that’s the story for the next time. For now, let’s see what Wes Farrell’s children are up to these days.

Aforementioned, musician Wes Farrell was married to four women in his lifetime. According to Farrell’s IMDb, he married his first wife, Joan Arthurs, on 9 February 1966. The pair were married for six years before they divorced in 1972.

During their marriage, the former Farrell couple welcomed a daughter named Dawn Farrell together. There are no details about Farrell’s oldest daughter as she prefers to keep her life away from the media scrutiny.

Besides being the oldest of three children, Dawn seems to have altered her career from her fathers’. According to a New York Times article from 1996, Dawn is from Santa Fe, New Mexico. However, it is unclear if she still resides there. Nevertheless, she must have an indulging career and a healthy life.

Likewise, Wes Farrell’s son, Wesley Farrell, was born to his fourth wife, Jean Inman. The couple got married on 28 August 1981, surrounded by friends and families. They were together until Wes Farrell’s death on  February 29, 1996.

Like Farrell’s daughter Dawn Farrell, his son, Wes, has grown up into a fine man and has wholly altered from his father’s career. Moreover, he is an attorney at Farrell, Patel, Jomarron & Lopez firm. He is the co-founder and president of the firm.

Furthermore, Wes’s firm claims that they have represented thousands of clients nationwide during complex litigation.

Besides having a thriving career, Wes is married to a beautiful woman and is a wonderful father of two daughters. Moreover, Wes Farrell’s son, Wesley Farrell, also maintains a very close relationship with his mother.

Wes grew up with his sister, Sky Farrell, who shared their childhood interests pleasurably. Unfortunately, he lost his sister at a young age.

Aforementioned, Wes Farrell and his wife, Jean Farrell, welcomed two kids, Wesley and Sky Farrell. While their son, Wes, is working as an attorney, their daughter, Sky, is no more.

Wes Farrell’s daughter, Sky Farrell, was born on 28 June 1985. Moreover, her childhood was surrounded by music and art. Thus, she even helped publish her father’s work but carved her career as a mixed media artist. According to Sky Farrell’s LinkedIn, she was a mixed media curator in Vicious Skylicious since July 2008.

Moreover, according to Find A Grave, some of her commissioned works include an installation for Spain magazine for its 25th anniversary. Sky Farrell’s other works include a 100-foot mural incorporating images from the New York magazine’s covers to hang in an entrance.

Furthermore, Sky previously talked about being surrounded by music history but claimed that music is her second passion. She also created large-scale murals and installations on the Fontainebleau Hotel’s former nightclub walls in 2010.

Unfortunately, the spectacular soul died at age 28 on 29 April 2014. The cause of death wasn’t disclosed. According to Miami Herald, she was arrested in Fort Lauderdale in 2011. She was once under administrative probation set to terminate in February 2016 for possession of controlled substances.

Wes Farrell’s daughter, Sky Farrell, was a beautiful personality. Hence, her demise saddened her family and friends. Well, she is survived by her mother, Jean, and brother, Wesley.

Thus, despite maintaining privacy, we hope Wes Farrell’s children are doing great with their lives and making their deceased sister proud doing well for society.