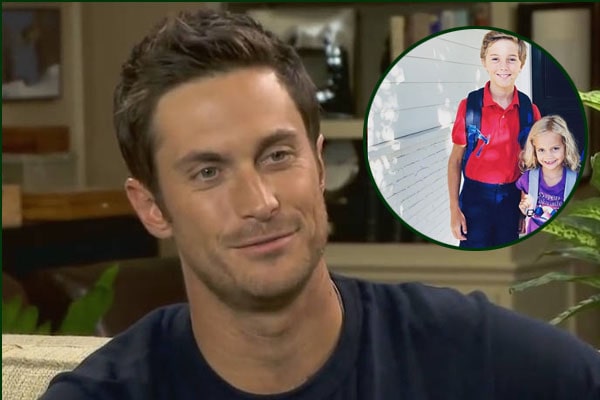 American actor, Oliver Hudson, known for starring in the CBS comedy series Rules of Engagement, is a proud father of three children. Oliver Hudson’s children together with his wife Erinn Bartlett include a son named Wilder Brooks Hudson and a daughter Rio Laura Hudson.

Wilder and Rio Hudson’s parents tied their wedding knot in the year 2006 and the lovely couple is together ever since. Including Rio and Wilder, Oliver also has a 9-years-old son named Bodhi Hawn Hudson. The middle brother of Wilder and Rio was born on the 19th of March 2010.

The eldest child of Oliver Hudson, Wilder Hudson was born on the 23rd of August 2007. While the youngest member of the Hudson family, Rio was born on the 18th of July 2013. As mentioned before, Wilder and Rio have a middle brother named Bodhi. All three were born in Los Angeles, California.

There is no denying that both Rio and Wilder Hudson are born in the family of actors. Their father is one of the versatile actors of Hollywood and is also a producer. The famous Hudson family is full of actors including their grandmother, Goldie Hawn, step-grandfather, Kurt Russell and their aunt Kate Hudson.

Are Close With Their Parents And Sibling

The Hudson family often enjoys relaxing vacations on mesmerizing and beautiful locations. Wilder and Rio along with their parents and sibling brother adore the family trip and they all share a very strong bond together. It looks as if the adorable family of five is enjoying their life to the fullest.

Oliver Hudson’s son and daughter seem to be bright kids in their school. However, details regarding their schooling have not yet been revealed. Also, they both are quite young to follow in their father’s footsteps.

Wilder Brooks Hudson: Wilder is a masculine name of English origin meaning “untamed or wild animal.” Also, his middle name Brooks is a boy’s name derived from the English word meaning “of the brook.”