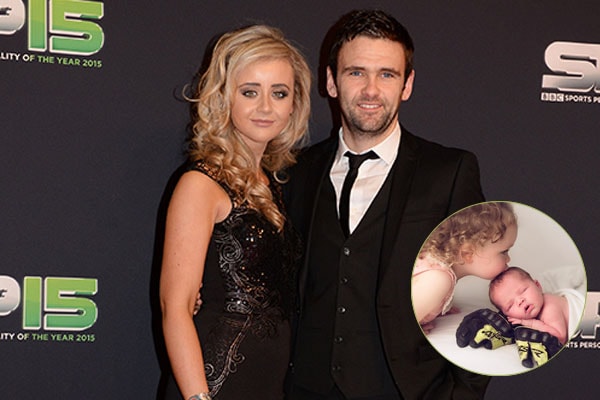 On the 15th of September 2018, Late William Dunlop‘s partner Janine Brolly gave birth to their second daughter Willa Wren Dunlop. During the time of the birth William Dunlop’s daughter, Willa weighed in 8 pounds and 15 ounces.

Janine was almost seven months pregnant when the Isle Of Man TT Racer William Dunlop lost his life during practice on the Skerries 100 road races. The unfortunate event took place on the 7th of July, 2018 in Co Dublin. Willa is not the only child of William; she has a big sister named Ella Dunlop.

The Late Northern Irish Professional motorcycle racer William would have been filled with blissfulness after seeing his newborn Willa Wren. Only after two weeks, Janine decided to upload the photo of her daughter Willa Wren. Janine posted the picture on the official website of William Dunlop with a heading “Our Little WD.”

In the photo, we can see the little Willa Wren Dunlop resting her head on her late father’s famous racing gloves. Plus she can be seen tenderly kissed by her elder sister Ella, really an awe moment, isn’t it? The mother of two, Janine took on her social media handle to let her well-wishers know that she welcomed her daughter on a Saturday afternoon. 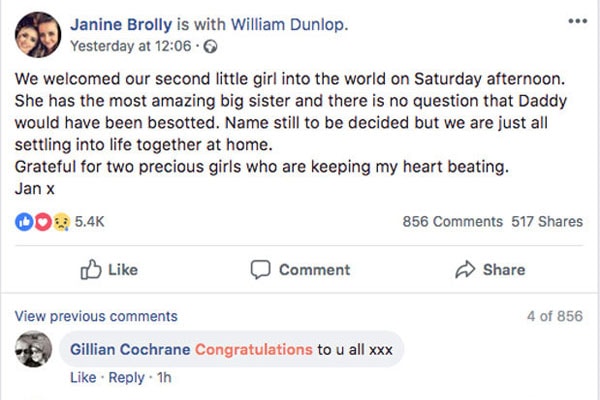 Janine’s Facebook status stated that William would have been besotted by looking at the cute Willa. The death of William Dunlop, her partner, must have been devastating for her. When their first daughter Ella was born William realized that there is much more to life than just motorbikes. Plus if he was still alive to witness the birth of his second daughter, we bet the late William’s happiness would fell cherished.

On the 7th of July, the winner of North West 200 William Dunlop lost his life while taking part in practice for the event. Just like him, William Dunlop’s father Robert Dunlop and uncle Joey Dunlop, both were killed in a racing accident in North West 200 in 2008 and Estonia in 2000 respectively.

Now only the 18 times TT winner Michael Dunlop remains of the Dunlop family.

The name Willa is the feminine version of William. As for William, it is derived from the Germanic word “Wil” which means “desire or will.”

As for the name Wren, it is of English origin meaning “a bird name.”