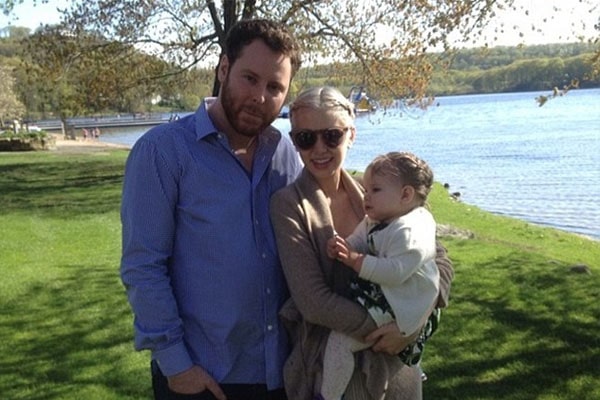 Everyone knows Sean Parker, the co-founder of Plaxo, Causes, and Brigade. He had also served as the president of Facebook. Facebook has enabled us to chat with people miles away from us. We can thank Mark Zuckerberg for that, but Parker has also made a huge contribution. We all know about his works, but how many of us actually know about his personal life and family.

Sean Parker’s daughter Winter Victoria Parker lives with her parents and little sibling. Her birth at that moment was quite a big deal as she is the daughter of Facebook’s former president. News of her birth was all across the world, and it made headlines.

Even though Sean tends to keep his family out of the limelight, his wife keeps us updated regarding their children through her Instagram account. From the moment of her birth to the time she first walked, Sean’s wife Alexandra has posted everything regarding her daughter.

Furthermore, we can see Sean’s daughter, Winter celebrating her first birthday. The family of four often goes on skiing. On top of that, they even dress up as their favorite characters for Halloween.

In addition, Sean Parker’s wife, Alexandra, is very close to her kids and gives her best to raise them. Not only Alexandra, but her husband is also equally close to their children. Despite his busy schedule, he somehow manages to spend time with his adorable kids.

Plus, the Parker family loves going on vacation, and we can even find pictures of them enjoying their family time together, drinking a smoothie, and sailing on a boat. After the birth of Winter’s little brother Zephyr, she seemed really happy and is proud to be an elder sister, says Winter’s mom Alexandra. Winter takes real good care of her brother and loves playing with him. The family of four seems happier now than ever.

Winter Victoria Parker’s parents had a marvelous wedding estimated at $4.5 million. In the article written by VANITY FAIR, they explained that the couple’s wedding was as grand as it could be. Their wedding was held under 500-year-old redwoods. For their first dance, they chose the song Look at this trove, treasures untold from The Little Mermaid.

Moreover, speaking of the guest, many known faces were present. There were nearly 364 guests, and all were dressed up like royalties. Men wore silk-brocade vests and jackets, whereas women arrived in silk and velvet. Every individual’s dress was made by Ngila Dickson, the costume designer of The Lord of the Rings franchise. Parker himself made sure that everything was perfect, and likewise, everything went smoothly.

Sean Parker’s daughter Winter Victoria Parker’s first name refers to the season winter and gives the meaning Rebirth of Spring. Whereas her middle name Victoria is of Latin origin, translating to victory.