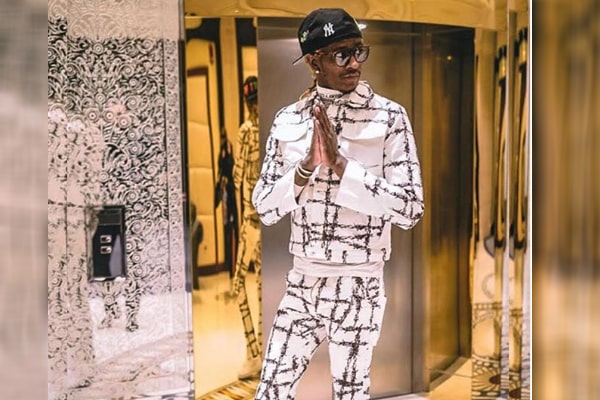 Young Thug is a prominent name in the rap world and is a great father. Image Source: Thug's Instagram.

Young Thug does not necessarily need any introduction because who doesn’t know him? The funky fashion, boogie music, and legal issues, Young Thug, is out there making headlines every time.

Atlanta rapper, Young Thug, has been involved in the rap world since 2010 and has made remarkable contributions. But besides his music legacy, did you know that he was a father of six beautiful kids? If not, scroll down and find out what Young Thug’s children are doing today!

Young Thug Was A Teen Parent

Young Thug is a prominent figure in the rap world, especially for the new generation. He has been in the game for more than a decade and has managed to amaze the world with his unconventional rapping style and charismatic fashion sense.

But what amazes more is that Young Thug became a father at a very young age of 17. There is no news of his biological son; besides, he regards every rapper signed on his label as ‘son.’ So, he is a father-figure to many. While his biological child is hustling to build his career somewhere.

Although we do not know the whereabouts of his first son, Thug’s second son is named Jacob, and the third son is called Jahmir.

Sadly, one of Young Thug’s baby mama, LaKevia Jackson, passed away after she was shot after a dispute over a bowling ball. As per CBS46, LaKevia shared a 14-year-old son with the rapper.

Young Thug’s son is undoubtedly distraught about losing his mother, and we hope he is surrounded by love in this difficult time.

The fashion icon, Young Thug, is a protective father. He mostly keeps his children’s identity grounded and raises them silently. Straightforwardly, we do not see Young Thug’s Instagram, and hence there is no other way to track Thug’s daughters.

However, Young Thug shows off his little diva, Mari Mego, as she has her own Instagram. Thug’s daughter shares her tik tok videos and time spent with her famous father.

As we all know the consequence of fame is that everything a famous person does becomes a public affair. Likewise was the case when a video of one of Young Thug’s daughters operating a moving vehicle circulated on the Internet.

Jeffery Lamar Williams, aka Young Thug, was heavily scrutinized for reckless parenting. However, he shushed the Internet by blaming it all on his baby mama. He further cleared his name, assuring the critics that he is a very safe man, especially when it came down to his kids and stressed the fact that it’d be handled ‘expeditiously.’

Well, it’s hard when one is famous and on-road most of the time. But it’s a little harder when one is a parent and is far away from their child or in this case, co-parenting with a savage woman.

Young Thug’s baby mama openly called out Young Thug on Instagram for missing their son, Jahmir’s birthday, in 2016. She further posted a screenshot of a conversation where she confronted about the rapper’s absence.

The screenshot showed a cold ‘Don’t text me’ response in exchange for the birthday venue and date reminder from the Atlanta rapper’s baby mama. Well, that’s rude. She further posted a lengthy note specifying that she is an independent mother of two. But her children were innocent and wanted nothing but their father’s presence.

Interestingly, YT had something to say after the mess and responded with several tweets that, in a manner, roasted his baby mama. He accused his baby mama of lying to gain popularity and informed her about buying followers/like, just in case. If you think he’d stop there, well, Young Thug had lots to say about seeing his baby mama’s independence through the jammed car door.

We did not get an update after a bunch of tweets and the truth, well the Internet is interested in spicy things, so making up or news of settlement is a little too bland for the Internet. But guess they made up and are enjoying their respective lives.

Additionally, on 09 May 2022, Young Thug was arrested on charges. He was accused of being the founder of a violent street gang, the Young Slime Life (YSL) gang. However, the rapper’s lawyer said that YSL was not a street gang and claimed that the accusation was baseless to include the rapper.

Young Thug’s hard work paid off, and today, he is counted as one of the most successful rappers of the decade. YT became a parent at a young age and experienced poverty firsthand. Therefore, he goes up and above to provide for his children.

Rapper Young Thug took his frustrations out on Twitter over restrictions to meet his children. According to his tweets, he refused to meet his children at their mother’s houses on Cleveland Avenue as he saw it as ‘backtracking.’ Saucy! Furthermore, he also referred to his 12-bedroom mansion, which had 12-empty rooms.

Although the I Came From Nothing rapper is scrutinized for not being present in their kid’s lives, you can’t deny that he provides for his children. He was 1 of 11 children himself and grew up in an impoverished and violent part of Atlanta. Thus, there is no way in the world; he would let his children experience the horror.

While talking to GQ, Young Thug revealed that his children went to private school and had their rooms when they visit. He further said that having kids is the hardest thing he’d ever done.

Although Young Thug, aka Jeffery, provides for his children and they attend private schools, he does not go to PTA meetings. Well, they are getting everything he was deprived of. Moreover, YT is pretty aware of their security. So, Young Thug is playing his part as a father figure.

Let’s hope we get to know every child’s name in the future. Also, let’s hope to see Young Thug’s children outshine their father in the coming days.