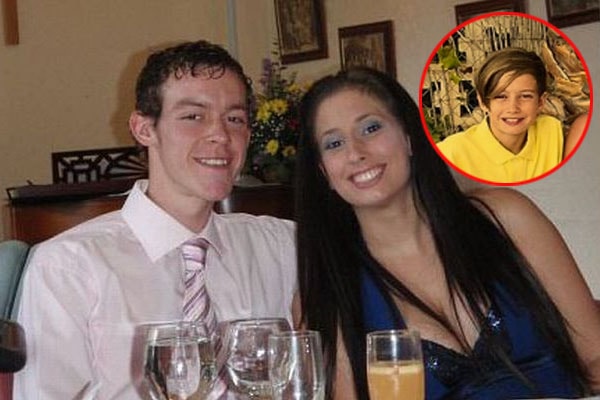 English singer and television personality Stacey Solomon‘s first child, Zachary Solomon was born on 21 March 2008. Stacey had her child with her ex-boyfriend Dean Crox. The cute Zachary is the only child of his parents.

However, Zachary has got two half-siblings from his mother’s side. He has two half-brothers, Leighton Barham, Stacey’s kid with ex-fiance Aaron Barnham, and Rex Toby Francis Swash, Stacey’s child with her longtime partner Joe Swash. As mentioned earlier, Zachary’s parents Stacey and Dean separated a long time ago. His Mother Stacey and her partner Joe Swash take full responsibility for their all three sons.

Stacey’s three sons are growing up as time passes by. Zachary 11, Leighton 7, and Rex are enjoying their lives. Not many may know this but Stacey’s children are being homeschooled. The mother is giving her seven and an 11-year-old a personalized education with the help of a tutor.

However, the mother of three is now considering sending Zachary to a secondary school as she feels that her kid needs to interact and make friends.

It is without a doubt that Stacey is a loving mother, as she loves to hang out with her sons. Zachary is mostly featured in his mom’s Instagram and Twitter posts where he seems to enjoy a lot with his family.

Stacey Had To Be Harsh To Change Zachary’s Behavior

The beautiful Stacey once took Zachary to a police station and let the officers tell him that this is where he’ll end up if he doesn’t change his ways. Stacey said she was getting desperate as her arguments with Zachary were leaving her frustrated and miserable.

She said, “I was really struggling to communicate with him”. Everyone questions, is he really a bad guy? not much because Zachary loves his family a lot. He is often seen in photos hugging his brothers and showing deep love in his mom’s social accounts.

Zachary is an English name derived from Zacharias. It is the Latin form of the Hebrew “Zekharyahu”.