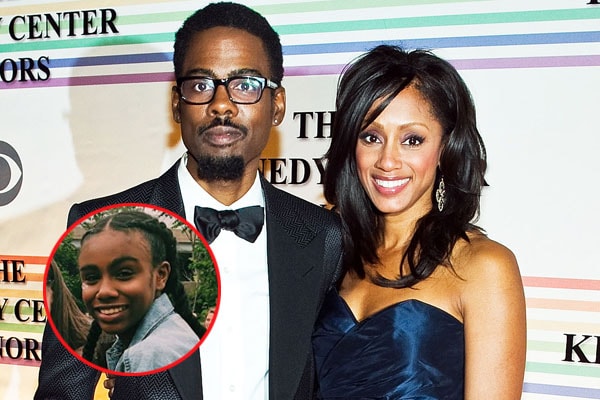 Zahra Savannah Rock, Chris Rock‘s daughter with ex-wife Malaak Compton Rock, was born on May 22, 2004. She is the second child of the former couple, Chris and Malaak.

The beautiful Zarah has an older sister named Lola Simone Rock who was born in June 2002. Lola and Zahra are the only children of the ex-couple. Zahra’s mother Malaak reportedly adopted a girl named Ntombi-futhi Samantha with whom both Zahra and Lola are close.

The youngest Rock, Zahra is a music lover. Her Instagram posts are evidence of how much this fourteen-year-old loves music. And she is the luckiest one because she gets to attend music festivals and concerts with her cool dad Chris. Unlike other celebrity families who are seen in the red carpets, this father-daughter duo is mostly seen in the music concerts. We see they love going out into the crowd and flaunt their moves to the beats of the song.

She may be in her mid-teens, but Zahra has been living her life to the fullest. She does not seem to have a problem with her identity as Chris Rock’s daughter as she walks around publicly. The gorgeous Zahra is enjoying her life as any regular kid. Besides stopping at concerts, this beautiful young lady loves hanging out with friends and family.

Little did the public know that Zahra is a horse rider until her mother Malaak gave a shoutout to her on her Instagram. She has been riding horses for a long time. Since Zahra is still at school, she does not get much time to be on the field with her lovely horse Colorful. But when she does she totally rocks the ground and also bags herself the title of the winner.

Zahra is an Arabic name for a girl which means beautiful or flower. Similarly, Savannah is a girl’s name which has a Spanish origin. It means treeless plain.