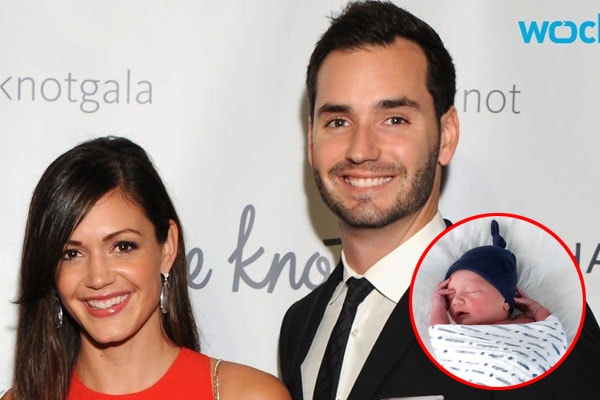 Zander is their second child. The former stars of The Bachelorette had their first child Asher Wrigley Siegfried back in October 2016.

The famous wedding gown designer Desiree Hartsock and her husband Chris Siegfried shared about her second pregnancy last year in July. The wait is finally over and now they are the parents of two adorable children. The couple is yet to share the picture of their newly born baby boy on their social media accounts. However, they shared the first taken picture of the child with Us Weekly. The public is eager to see the famous reality tv star, Desiree Hartsock’s son’s pictures.

The gorgeous 32-year-old Desiree’s Instagram account is full of her first son Asher’s photos. We bet that she will be uploading as many pictures of her second son Zander in days to come. The reality tv star Desiree Hartsock’s son is sure to catch the attention of the public. All of her followers and fans are patiently waiting to bless their eyes with the little boy’s pictures.

It has been a great start of the new year for the reality show couple Desiree Hartsock and Chris Siegfried being parents for the second time. In one of her recent Instagram posts, she wrote a caption which said she was feeling like superwomen with her second child and she was motivated and inspired to use it post-baby. Now with the arrival of her second child, she must have already used the superwoman power.

Desiree Hartsock and Chris Siegfried met on the set of famous  American reality tv show The Bachelorette season 9. They got married in January 2015 and now they are the parents of two cute children.