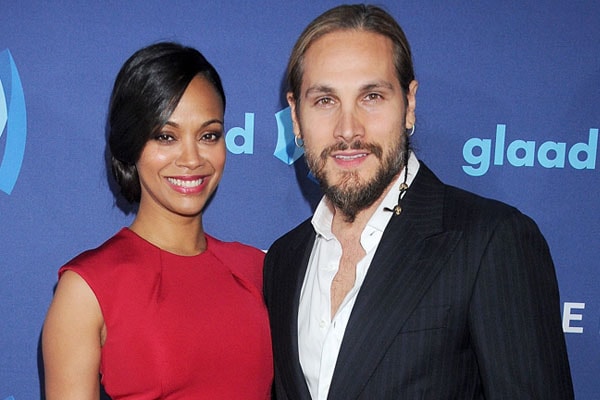 The beautiful actress Zoe Saldana is a mother of three children. She and her husband Marco Perego welcomed their twins Cy Aridio Perego-Saldana and Bowie Ezio Perego-Saldana on November 27, 2014.

Zoe and Marco are also parents to Zen Perego-Saldana. The couple who married in 2013 is living a joyous life with their three adorable children.

Zoe Saldana’s twin children Cy and Bowie are one of the cutest celebrity twins. The twins are unique just as much as their unique name. The twins are handsome just like their Italian dad Marco. They are growing healthy and having all the fun moments with their family.

Cy and Bowie share a good bonding with their little brother Zen. The trio is together all the time playing and making the most out of every moment. They also get a little naughty sometimes, says the mother of three. But anyways she loves them and feels so much blessed to be their mother.

The youngest one in the Perego-Saldana family Zen is a whole bunch of happiness. His curly brown hair makes him look even cuter. We guess it’s their dad Marco, who wants to have the boys hair long just like his. The couple made a good choice! The cute Zen has also made a public appearance with his family while his mother Zoe received a star in the Hollywood Walk of Fame in 2018.

Zen is indeed a Zen to his parents as well as his brothers. Whatever struggle the couple is doing as parents, it’s worth it at the end of the day. They get to see the happy faces of their three adorable children and embrace them in their arms. The couple also let the public see their kids’ lovely photographs on their social media.

Cy Aridio Perego-Saldana: Cy is an English baby name for a boy. It means Master or lord. Similarly, Aridio is a name for a boy which means dry.

Bowie Ezio Perego-Saldana: Bowie is a name for both the girl and a boy. It means yellow or blond. Likewise, Ezio is a boy’s name which has Greek origin which means eagle.

Zen Perego-Saldana: The name Zen is derived from on’yomi which means absorption.