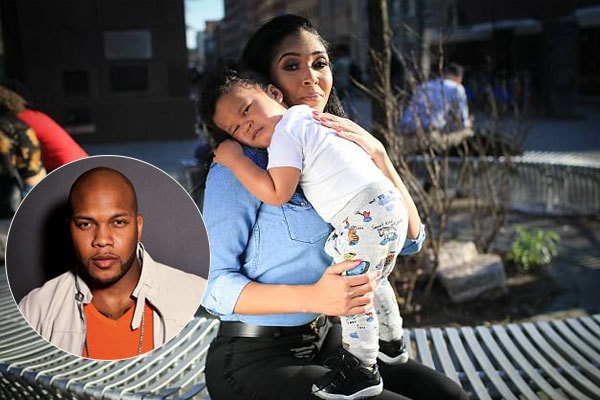 Rapper Flo Rida‘s son Zohar Paxton was born on the September of 2016 to his ex-partner Alexis Adams. In the past, Flo Rida had denied that Zohar is his son. Though a DNA test has revealed a 99.9 % match and showed that Flo Rida and Zohar Paxton indeed are father and son.

There has been a lot of turbulence between Flo Rida and his baby mama Alexis Adams over their son Zohar. Since his birth, the son of Flo Rida, Zohar Paxton is suffering from an incurable neurological condition called hydrocephalus. The condition causes an abnormal accumulation of cerebrospinal fluid in the brain’s cavities.

As stated earlier, The “Club Can’t Handle Me” rapper Flo Rida’s son Zohar is suffering from hydrocephalus. The symptoms are an abnormal enlargement of the baby’s head, vision problems, and vomiting. Unfortunately, the condition is incurable.

A few months ago, the two-year-old Zohar Paxton underwent brain surgery. According to Flo Rida’s baby mama Alexis Adams, the rapper is mostly involved in charities pertaining to kids, but after Zohar’s surgery, Flo Rida didn’t even call to see if his son was okay or not. Since his birth, the little Zohar Paxton has had many tests, ultrasounds and doctors’ appointments.

It’s a heart-breaking moment to see a little kid go through such harsh condition. Plus it must be difficult for the single mother Alexis too. On top of that, there have not been many interactions between Flo Rida and his baby mama. They are not on good terms. Alexis stated that she had lost contact with her baby father a while ago.

The estranged partner of Flo Rida, Alexis revealed that the “Whistle” rapper not only refused to meet their son but also called him an ‘evil f**king child.’ Though many sites have claimed that Flo Rida is not a deadbeat father and pays $5,000 a month to Alexis as child support.

Although Alexis states that that amount is not sufficient. We hope the dispute between Flo Rida and Alexis Adams to be resolved soon and give their son Zohar Paxton proper care.

The name Zohar means white and bright, and it is a Biblical baby name.

As for Paxton, it is of Old English origin which means ‘Poecc’s settlement. Well, the meaning for the word Poecc is lost.