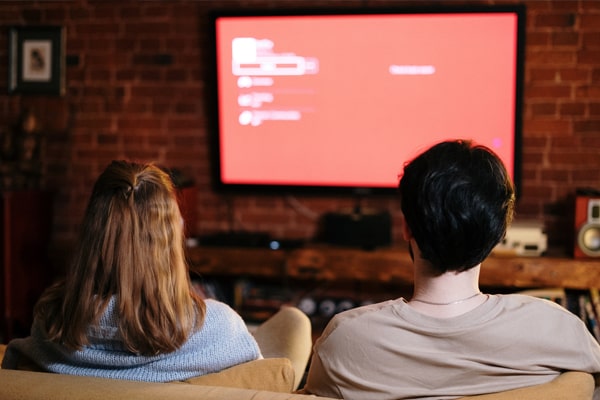 Here are the five travel movies the students can watch and learn. Source: Pexels

Watching the best adventure movies about daring adventures and travel, the search for fame, self, love, wealth, and truth is a great way not to break your self-isolation and not go crazy in four walls.

Comedy or drama, road movie or film parable – it doesn’t matter, each film from this top can transport the viewer to another country and even to another time right along with your favorite couch.

Movies are quite interesting, so students can contact services like the custom essays service to get assistance to do their homework in advance so that they do not lose their grades, while also completing and doing other stuffs together.

A colorful, musical tale of beautiful pre-war Europe. The plot moves, the actions and movements of the characters, and even the wiggling of the mustache – everything is adjusted by the strict director, who created a grotesque, almost theatrical representation of the adventures of the legendary concierge Monsieur Gustave and the corridor boy Mustafa. Hotel employees will have to face a big scam of greedy aristocrats and backstabbing games of the guests, escape from prison, and also to enter a race against a hired killer.

The dashing adventures of Gustave, a lonely, statuesque, and noble extreme gigolo, are full of charming adventurism, and the beautiful, richly detailed picture captures both the eye and the imagination. Especially good are the gorgeous trains and breathtaking mountain scenery, an aesthetic of the highest order.

Black humor, a combination of Gustav’s pathos-laden speeches and the lovable silliness of simple-minded Mustafa, elegant jokes, directorial antics, and a gloriously sad ending are the route of this adventure tragicomedy.

Another vivid adult fairy tale from Wes Anderson, but this time the famous director was not inspired by the books of Austrian writer Stefan Zweig, but rather by the stories of Scheherazade.

The plot centers on the journey of three brothers in mysterious India, the cradle of ancient wisdom and peace of mind. Francis, Peter, and Jack did not see each other for a year after their father’s funeral, and none of the three sons could ever accept that death. The brothers stopped communicating, and yet the eldest, Francis, brought them all together to find their mother, who had long abandoned them. Except that Francis is silent about the true purpose of the trip, and the mistrusting brothers get into a fight, they have kicked off the train, and there seems to be no hope for a happy family reunion or the boys’ spiritual enlightenment. But a journey full of surprises, farce, and various troubles will change many things in the brothers’ lives.

The movie is an unobtrusive reminder that the world is wonderful in all its details, you just need to take your eyes off the money bills and countless screens more often and treat everything more simply: let go of what weighs heavy, say goodbye to what cannot be returned, try what you dream of, and never turn your back on family.

An adaptation of Cheryl Strayed’s autobiographical novel, Wild. A Dangerous Journey as a Way to Find Yourself.”

The hiking route across America of more than four thousand kilometers is not an easy task even for experienced travelers. Cheryl Strayed is barely familiar with the tent structure, and yet the woman ventures out alone to conquer the route. It is hard to say what depresses Cheryl more: the heavy backpack, the sad experience of a failed marriage, the death of her mother, and the deep depression.

The journey is designed to help the heroine to find emotional balance, and the path to inner harmony is not through meditation on the edge of the picturesque waterfalls and contemplation of the unprecedented beauty of nature. The cruel, indifferent and dangerous world is what the main character faces, and in the lonely struggle with it, Cheryl understands a lot about herself.

The film lacks the romantic ideas inherent in the adventure genre. The film’s blatant realism, achieved largely through uncompromising directorial demands (Reese Witherspoon was forbidden to look in mirrors, empty her heavy backpack and use the instructions for the stove and for assembling the tent) can hardly be called charming or mesmerizing, but the gritty authenticity clings and makes you empathize with the heroine.

The Secret Life of Walter Mitty

Like most of its colleagues in the genre, the film’s task is to cheer up, inspire and lift the viewer off the couch, and the film about the adventures of the “little man” Walter certainly copes with these tasks.

The plot is simple enough: Mr. Mitty goes with the flow, meekly swallowing life’s boredom and monotony of everyday life, but in his imagination Walter is a real hero, defying fate and ready for exploits. And one day life forces Mr. Mitty to go one-on-one with himself and change something seriously, not afraid to lose in the minutiae. Walter gets into one of the adventure plots out of his head and finally starts to live. There is no antagonist here, as in life, and the hero’s main enemy is fear of change.

The invigorating energy of Iceland’s landscapes adds credibility to the motivational message of the film, and the touching, kind protagonist and light, unobtrusive humor are charming and thoughtful in leading those watching into a new life.

A biographical film about the journey of young Ernesto “Che” Guevara and his friend Alberto Granado through South America. At the beginning of the film we get acquainted with two brave guys, who dream to see the world, and at the end of the film the Commander of the Cuban Revolution, whose portraits are printed on souvenir t-shirts all over the world, grows up before our eyes.

The viewer will be shown the beauty of Peru, Brazil, Colombia, Chile, and Venezuela, will be told about the origin of the ideas of revolution against the background of the ruins of ancient civilization, will be shown the selflessness and humanity of Che Guevara, who did not turn away either from the leprosy patients working in the leperous San Pablo, or from poor farmers and oppressed workers after. The story of friendship, youth, and a great motorcycle journey that became the beginning of the Cuban Revolution will please fans of the famous Comandante, fans of road movies, and music lovers alike – the soundtrack of the picture was awarded several prestigious prizes, including the Oscar.

Get More Updates on Movies & TV Series, Celebrity Babies, Feuds, Their Riches, Siblings, And Entertainment, only in eCelebrityMirror.