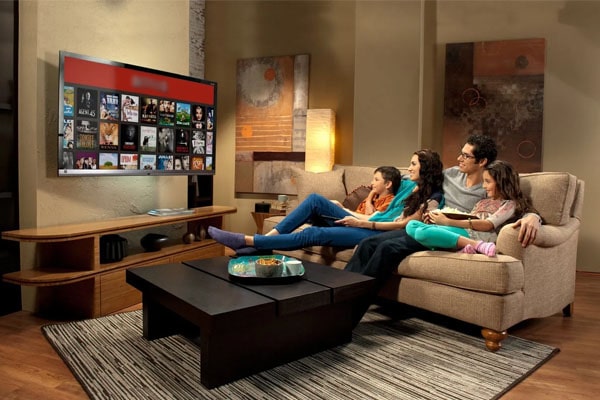 Some of the characters of the TV series remain close to our heart. Image Source: Watch TV.

Yes, we all want to see it and know how they might have interacted together as per the story demands. Keep tight, and let’s read in words on how the interaction would have happened if these characters had met.

This particular meeting in my mind could have changed the whole course of the history of the Game Of Thrones Universe. Yes, the grand, bold, and at the same time, a dangerous meeting of Daenerys Targaryen, aka Mother of Dragons, Breaker of Chains(and the title will go on and on…)’s two lovers. Of course, it is Dany’s late ex-husband Khal Drogo, and current but last mad lover, the man who knows nothing, Jon Snow. Now that the George R R Martin‘s series has ended after the completion of season 8, fans will never get the chance to see this meeting after all.

However, Khal Drogo and Jon Snow never encountered each other in the series. But keeping everything aside, the two lovers might not have ended in a good note if that had happened. Or, if Drogo would have been alive, the whole GOT story might have changed, and two yet again might never have met.

What If They Met?

Whatsoever, through certain speculation and as a fan, we might have seen Jon and Khal sharing a scene but have missed or misunderstood completely. As we all know, Dany has named her three dragons after her three close people in life-Khal Drogo(husband), Viserys Targaryen(sibling), Rhaegar Targaryen(sibling). Dany’s dragons are named Drogon, Rhaegal, and Viserion. In the pilot episode of season 8, Dany and Jon flew away with their three dragons with Dany riding Drogo and Jon riding Rhaegal. The two love birds were sharing a love scene together while Jon mysteriously gave a creepy look to Drogo, who was watching the two jealously making love.

Obviously, this might not be a coincidence, and the showrunners are famous for their details and story background. And as we all know, every single detail is important and has its own meaning and backstory behind it in the GOT universe.

Now that one of the biggest comedy series of this generation, Big Bang Theory, has ended, there is no chance of Rajesh Koothrappali‘s parents, Mr. and Mrs. V.M. Koothrappali and Leonard’s mother Beverly Hofstadter meeting each other.

However, if the two had met, it would have been one of the hilarious and funny moments of the series. As everyone knows, Mr. Koothrappali was a doctor from India and was divorced. Luckily Beverly Hofstadter is also a doctor, a psychiatrist, she would have gone on and on about how their marriage failed, and it would definitely be a scene to watch.

Who would have thought that the six friends sitting in the coffee house chattering will be one of the most successful and well-praised shows of all time? Ross, Monica, Chandler, Joey, Rachael, and Phoebe are still memorable and very close to our hearts even after nearly two decades after the show’s end.

The Central Perk’s waiter Gunther, also known as the single side long-time lover of Rachael Green, is quite a fan-favorite character. And no one can miss Ross and Monica’s parents, Jack and Judy Geller. Unfortunately, the show ended, never encountering the two’s meeting. Jack and Judy never really went to the coffee place, Central Perk, with their children. So they never met Gunther and the actors never really shared the screen together.

Yes, indeed, one of the successful and popular series of all time, Game Of Thrones, is famous for its character’s story and meeting. It always makes it grand and very obvious when the two main characters meet and share the scene on the screen.

But what if magic and science in the GOT universe encounter each other. Here, we are talking about Melisandre and Qyburn. The two of them have managed to reanimate the dead by their own skills set and magic spells. It would have been fascinating to see them compare notes.

If the two had encountered, Melisandre might see the power of her Lord of Light as inferior to Qyburn’s science. On the other hand, Qyburn would see Melisandre’s faith as unwanted rituals and might want to know all about her powers. One of the finest maesters of Westeros would have no problem adding those skills to his twisted arsenal of pseudo-science and alchemy.

Arrowverse: Batman With Arrow And The Flash

CW is popular for its superheroes crossovers in the small screen and has created its own small universe with multiple shows and named it Arrowverse. Currently, CW’s Arrowverse is taking it to the next level by crossing over all the CW’s DC TV shows, including The Flash, Arrow, Supergirl, DC’s Legends Of Tomorrow, Black Lightning, Bat Girl and many more. The biggest crossover in the history of TV series is called the Crisis on Infinite Earth straight out of the comics.

But, in all these, many DC characters, the crime-fighting Dark Knight, Batman is still kept in shadows by the showrunners and hasn’t yet introduced the character in the series. So we, the fans, have never really seen the genius, playboy at day and crime-fighting detective, vigilante at night has not still met The Flash and its similar character Arrow in the Arrowverse.

Showrunners have made a couple of references and cameos of Gotham but have never really made Batman encounter the two main superheroes, The Flash and Arrow, that introduced the trend of DC superheroes on television.