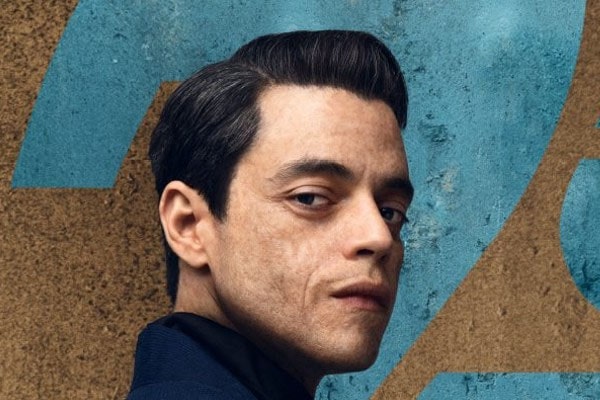 Rami Malek in No Time to Die.

Trailer for the next James Bond movie, No Time To Die, has dropped, and it will be hitting theatres in April of 2020. But that doesn’t hold us back from a concise discussion about a few parts that stand out in the highly-anticipated film.

One that falls in that category is Safin, the villainous and spine-chilling character of Rami Malek as the James Bond‘s nasty adversary. Now before we dive in the process of giving insight into the villain element/dynamics, let’s go through how the Oscar-winning actor for portraying Freddie Mercury was inspired by the Queen’s frontman for his upcoming role.

Most people remember Malek from his vivid and impeccable depiction of Freddie Mercury in the 2018 movie Bohemian Rhapsody. The freshly won Oscar award truly made him one of the most in-demand actors in the industry. This is when director Cary Joji Fukunaga saw Rami Malek fit for the role of a god-like villain in Daniel Craig‘s starrer.

But here’s the catch. The gifted actor expressed that embodying Freddie’s role brought him to understand the essence of uniqueness, which is precisely the reason that prompted him to work in No Time to Die with Barbara Broccoli and Joji Fukunaga. He explained in an interview with EMPIRE,

“If I went in there and tried to make a carbon copy of someone, what joy or fun would that be for anybody? I guess that may be a lesson I learned from Mr. Mercury. If it’s not original, then why to bother?”

This role also had the Egyptian-American actor, Malek collaborate with his Bohemian Rhapsody dialogue coach, William Conacher, in order to figure out the right villainous voice for Safin.

“I wanted to create something that we couldn’t quite peg from any particular part of the world,” Malek shared.

Although it isn’t likely very Rami Malek to portray such wicked and malevolent role, fans are quite impressed by the snippets in which he has teased his attempt to be an all-supreme villain. Everybody firmly believes that he is going to be a great villain in the twenty-fifth installment of the James Bond series. Having said that, fans who saw him in Bohemian Rhapsody have opened up room for some amazingly hilarious comments:

“What the hell is Freddie Mercury doing there”?

Have a look at another one:

Moreover, Queen’s lead vocalist Freddie Mercury’s role really filled Malek with some ethics of originality, rareness, and subsequently serenity and authenticity. Before taking the role of Safin, he had clearly voiced that he wouldn’t take the role if it was identified with any act of terrorism reflecting an ideology or a religion. Additionally, he stated that his Egyptian heritage was the very fabric of who he is as a person, and he wouldn’t do anything that hampered that notion. Truly a down-to-earth person.

One thing we’ve all gathered is that this is a massive shift of characters for Rami Malek. Nevertheless, it’s cool, it’s sassy, it’s intriguing, and at the same time, it’s hair-raising scary. We have covered Malek’s for his amazing role in No Time To Die, but what is the Mr.Mercury inspired character going to be like? Well, in the trailer, he claims that his skills will survive long after he is gone, probably highlighting the fact that he might have some grand scheme for world domination with his Hyper Intelligent mindset. But again, when has James Bond villain been any different? Broccoli added that Safin is the one that really gets under Bond’s skin and that he is going to redefine people’s perspective of ‘bad guy.’

Malek’s character with Phantom of the Opera-masked villain rocking a sweet off-white anorak has made people have latched on to the different aspects of the character. One that really caught the trend is a theory that Safin might actually be Dr. No, the villain from the first-ever Bond film.

But since everybody involved in the production is so tight-lipped about it, we might as well just wait until April of 2020 to collect more details from Daniel Craig’s last outing as James Bond.