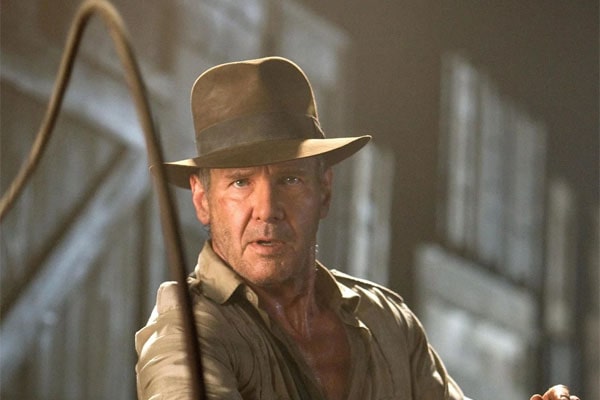 After portraying the role of Indiana Jones nearly a decade ago, Harrison Ford is finally back with his much-awaited movie sequel. With Steven Spielberg back at the director’s chair, George Lucas has been given the responsibility of story writing. The previous entry in the Indiana Jones franchise had a mixed opinion as some fans liked it and some didn’t. So, a sequel was destined to happen.

Disney bought the rights to Lucasfilm back on October 30, 2012, and after purchasing the rights, Disney seemed to be much interested in Star Wars. But with the rights to Lucasfilm also meant that Disney now owned the Indiana Jones franchise. So, what took Disney so long to cash in with The Indy series. Well, Disney seems to know how to hit the bull’s eye as they announced the fifth entry to The Indy series on its 40th anniversary, 2021. So, let’s get to know what the creators have in mind for the Indiana Jones franchise.

As fans patiently wait for the announcement of the next entry to the Indy franchise, the creators seem to be puzzled on what path should the franchise move to. The film project still hasn’t figured out what in the hell it’s actually about. Maybe that’s why the releasing date keeps getting pushed back. The sequel was first announced back in 2016, but due to some issues, it was postponed. Now the movie is said to release on July 9, 2021, and we can only hope it does. As we are not sure that the film will get released on that particular date, not much is known regarding the movie crew and casts. We are confident that we would see Harrison back in action as our beloved Indiana Jones, and it’s like a cherry on top of a cake that Steven Spielberg is again doing what he does best.

However, the clock is ticking on the next release date, it might seem like the release day is far away, but a movie with such a reputation is sure to have significant post-production. Many works regarding the digital effect will undoubtedly take a fair amount of time. And knowing that it’s the Indy franchise, we are sure it would have a fair share of green screen and CGI. That’s like a year or more’s work put into the post-production. So, if the movie is supposed to hit theaters in 2021’s summer, then they must complete shooting in the summer of 2020.

Like every previous Indy movie, a new one is sure to include new cast and plots. However, Dr. Jones seems to be getting old, and the person portraying him is not getting younger any time soon. And as we all know Disney, it’s not going to be a one-off. They are sure to continue the legacy made by Dr.Jones, but the million-dollar question is who is going to play the role of Indiana Jones, or is he going to be some sort of a guiding mentor from now on. We may also see him passing the torch to the new generation.

Well, it has been already shown in the fourth entry, The Kingdom of the Crystal Skull, where we were introduced to rather a dull character named Mutt. If you are not familiar with the character named Mutt, don’t worry, he is not so very important as fans seemed to not like him, at all.

Talking about the plot of the fourth entry of the Indy series, Dr.Jones is out looking for these mystical crystal skulls, which are supposed to be the remains of these superior beings who travel through dimensions. We were also introduced to Dr.Jones’ son Mutt, who we see swing with all these CGI monkeys. Well, the fan seemed not to like the character of Mutt, and he is unlikely to continue the legacy of the great Dr.Jones.

Movie Plotline: Speculation Of It Taking Place In The ’60s

Well, if you are a fan of the Indy franchise, you should know that the last movie was set in the ’50s. So.it’s likely that the creators will continue the timeline. We have already seen Dr.Jones fighting the Nazis and the Soviets in his past adventures, so what new will the new movie bring to its fans.

According to rumors, our beloved archaeologist may face a historical backdrop that took place during the Vietnam War. Or even better, he may go against the Vietnam warlords who seek to use ancient artifacts in the wrong way, as shown in previous entries.

Will Mutt be a Part of Upcoming Movies?

As we mentioned above, that Mutt is not a fan favorite character so, we might not see him in upcoming movies. According to rumors, he can be killed off-screen. Speaking of Mutt, he was introduced as a replacement for Dr.Jones. But oh boy, it failed miserably, his character was so dull, and we as fans could not connect with him.

So, it’s likely that the creators will not include him and mention anything regarding him. Well, it would be a relief that we would no longer have to see Shia LaBeouf swinging with monkeys saving Dr.Jones.

Story Behind The Creation Of The Indy Series

We know that Steven Spielberg is Steven Spielberg. He is one of the most respected and iconic directors who has given us masterpiece after masterpiece of cinematic brilliance. We can’t even mention some of his works as they are all mind-blowing, and if we do pick some, it would be disrespectful toward him.

As the story goes, the idea of creating the iconic character Indiana Jones was first suggested by Steven’s friend George Lucas. It was suggested to him when they both were on vacation together, and the idea of giving America it’s own James Bond was far too greater to ditch off.

So, they went on and made the movie, and the rest you can say is history. They succeeded in making one of the most iconic characters in film history. Indiana Jones doesn’t only represent an action hero but a childhood dream of growing up to become just like him. Going on a journey like Dr.Jones is every kid’s dream; if you ask us, we would love to go on a mysterious trip, unfolding mysteries, solving puzzles, it’s every man’s dream.

Possibility Of A Reboot

Indiana Jones is a very reputed and respected character when it comes to the cinematic world. He fights criminals, solves puzzles, and unfolds mysteries. So, it’s rather clear that a man needs to be fit and energetic to play the role of Dr.Jones. As we have already discussed, Harrison isn’t getting any younger, so maybe his character may be killed off in the upcoming movie. There is a trend going on that the main character gets a sad goodbye like Iron Man-style. His departure was so emotional that the viewers were heartbroken when leaving the theaters. Same as that, Indy might also leave us speechless when leaving the theaters.

However, there could be a chance of a reboot, as fans speculate that Bradley Cooper or Chris Pratt may portray the role of Dr.Jones after the upcoming movie. Such a reboot is a guaranteed money-spinner, fans will surely love to see the actor of Guardians of the Galaxy play the role of the famous adventurer known as Indiana Jones.

As we get to the end of the topic, there is only one thing left to say, that despite whoever is portraying the role of Indiana Jones, Harrison Ford will always remain the actual and the original Dr. Jones for us.