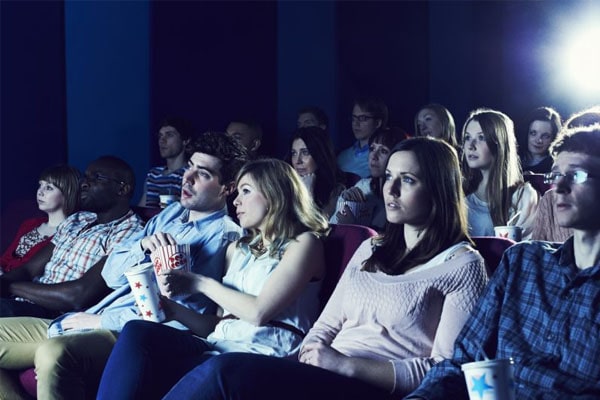 At some point in time, we all have seen the finale of a TV series or movie and thought of writing a better ending or worse ending than the actual one. This is why the thriving culture of fan theories has flooded the Internet in anticipation of every movie.

Even though these theories have a slight chance of being correct, viewers are quite connected with it and eager for knowing about their favorite character or storyline of the particular movie. Every once in a blue moon, the web is filled with fan theories regarding popular movies which inevitably produces a few gems yet is quite painful at the same time. What if something more is going on in your favorite movies than you have realized?

Hence, we have collected a set of painful fan theories of the top 5 fan-favorite and hit movies of all time.

At the end of Avengers Infinity War, after turning half of the MCU characters into dust by the hands of mad titan Thanos, the internet and fans went crazy and different theories came up for its coming sequel. However, Russo brothers had different plans for the Avengers End Game from the beginning including the title of the movie. Although many of the theories didn’t become true, some of them were able to hit the thought of the writers.

As we all know, not every fan theory could be mentioned, however, one of the most painful and disturbing fan theory is on our list. Glad that the theory didn’t come true on the big screen.

This particular theory suggested that after the snap, the Soul Stone would ask Tony aka Iron Man to sacrifice the one he loves the most. Luckily, the chosen one is not Captain America nor Pepper. Instead, Stark had to travel back in time to the black day that is December 16, 1991. There he had to find The Winter Soldier aka Bucky in order to let Bucky kill his parents.

As dark and violent this sounds, it is far too complicated and everyone is glad that this happened. Instead, Tony met his father Howard Stark traveling back in time in the Avengers End Game and their meeting ended on a good note. However, Marvel’s nemesis DC reminds of the similar kind of story in Justice League: The Flashpoint Paradox where the Flash aka Barry Allen has to let his mother get killed by the hands of Reverse Flash in order to save the universe.

The world of Harry Potter in both books and movies is filled with wonderful mysteries and theories. Now that the long-time movie franchise ended with Harry Porter: The Deadly Hallows 2 in 2011, the fan theories are now at the rest.

Additionally, one of the popular fan theories regarding the movie is mentioned below.

Fan Theory: Potter Isn’t The One Chosen But His Inept Classmate Is

As the title suggests, in the movie series, one of the theories suggested that Harry Potter is not the chosen one but Neville Longbottom, the resident doofus is. Longbottom is not really good at magic and is constantly forgetting spells. It quite seems as if even Rowling hates him. He, in the movie really seems to be the left out character and only feels to be there so that viewers will have someone to identify with.

But later books including the theory hinted that there might be something more to the Neville that meets the eye than being a dork. Basically, the prophecy mentions,

“The one with the power to vanquish the Dark Lord [Voldemort] approaches … born to those who have thrice defied him, born as the seventh month dies … and the Dark Lord will mark him as his equal, but he will have power the Dark Lord knows not … “

Including Harry, all the mentioned stuff in the prophecy applies to Neville, too. Neville’s parents had defied Voldemort thrice. He was born a day before Harry, on the 30th of July. As the theory suggests, the power could be either of love, as in the case of Harry or it could be herbology. Neville always had a messed up relationship with his parents, mainly because Voldemort had tortured them into insanity.

Nevertheless, the best logic of the theory is that it makes all the parts come together as the idea that Dumbledore was intentionally allowing Voldemort to think Harry was the chosen one just to protect Neville.

While the theory doesn’t necessarily say that this should just ditch Harry and turn him into the protagonist. But it might hurt to find out that Harry wasn’t the center of the universe after all.

Fans probably might remember the end of the first Matrix movie where Keanu Reeves learns that he can manipulate the reality with his mind. It is because he was actually living in a giant computer simulation. Later, in The Matrix Reloaded, he is in the real world with his new mental god-powers, killing several sentinel robots in the process.

The end of the movie left fans with multiple speculations and a couple of theories to be discussed. One of them is mentioned below. Let’s dig in and find out more about the theory.

Theory: Neo Is A Machine

The theory suggests a popular interpretation that holds that the real world of Zion is still part of the Matrix. Just as in Inception, the theory suggested that Keanu had just moved up to another level of simulation. But before the release of the third sequel, Matrix fans were still in the denial stage of sequel grief and hinted another elaborated theory that Zion is a Matrix-like simulation, one made by humans for the purpose of creating ideal machines.

In this case of scenario, Neo with his enlightened fellow humans were actually machines all along and the recursive, baffling fight sequence they experienced in Matrix Reloaded was actually a software designed and implanted by the humans to let them learn, understand, and feel the human pain.

The fact hints that this theory actually took steps to prevent the fact from happening and provided a Matrix-like twist ending for the trilogy.

How can the movie fans forget the famous John Wick a part of the trilogy when it comes to speculate and create the theory on their own.

Here is the one which hints two movies at the same time.

Yes, there is already a fan theory that suggests John Wick takes place in the secret universe of the Matrix sequel. But taking this to even one step further it brings that John Wick is actually a training program. But it isn’t unlike the playable level of the game Path Of Neo. The theory refers that Wick is actually watching Neo learn the ways of combat.

It obviously raises some questions and debate which will continue in a loop forever, but if think correctly, it makes all sense after all. Moreover, a single-coin-based money system hints at the fact and simplicity of a virtual universe that is Matrix. Certainly, it might sense more than John Wick taking place in any sort of reality.

No one can deny the fact that Disney creates the biggest and most successful movies of all time. With multiple crossovers in the animated movies, it has also created the Marvel Cinematic Universe(MCU) of its own.

However, it is not sure that all the Disney characters and animated movies take place in the same universe and timeline but one theory certainly suggests that it does.

As everyone knows that Disney is famous for its shared universe and multiple hints and easter eggs but every once in a while these cameos create a huge splash. As per the theory, it suggests that Frozen, a story beginning with the oceanic death of the two princesses, Elsa and Anna’s parents — there is a secret rumor that their voyage was to attend Rapunzel’s return celebration in the movie Tangled.

It doesn’t end here, the wreckage resembles the very same from The Little Mermaid because much of the ship’s details match up between the two films. If that even doesn’t ring the bell, in regards to the director’s words and some fans’ speculation the parents didn’t even die but rather washed up on the jungle and giving birth to a new child, Tarzan, and the new story started all again.