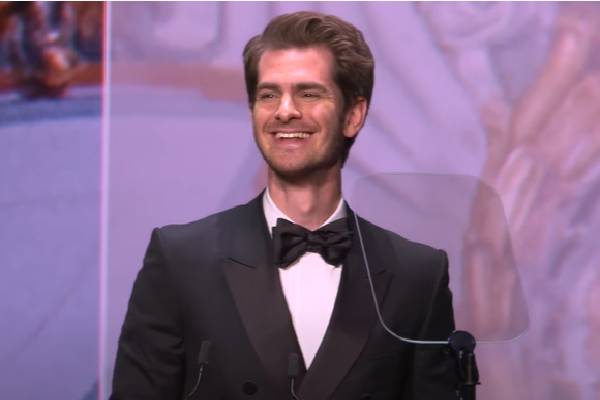 If you have watched “The Amazing Spider-Man” series, you must know Peter Parker/ the main character in the franchise. One of our spider-men is non-other than Andrew Garfield. Garfield gained wider attention after starring in The Amazing Spider-Man (2012). The film was a big hit and collected a hefty sum at the top of the box office.

When Spider-man became a renowned name in the world of superheroes, people started to wonder how much the film star was paid and how much was Andrew’s total fortune? So, in today’s article, let’s take a look at Andrew Garfield’s net worth and his salaries from the Spider-Man franchise and his other works.

Andrew Garfield Net Worth And Earnings

Even though Andrew Garfield was not much interested in acting, he accidentally discovered his passion when he joined the Theatre Studies class just to do a favor to his friend at 16 years old. Since then, he has portrayed many roles in various dramas and TV series, including The Social Network (2010).

The star shot up to fame in 2012 after working in Marc Webb-directed movies spider-man film series. Ever since then, he has been making exponential progression in his career.

Thus, Andrew earns mainly from his acting profession in various movies, dramas, and television series. As mentioned by Celebrity Net Worth, Andrew Garfield’s net worth is $16 million. Well, that’s a lot! Now, let’s learn more about how he collected such a pretty penny.

Salary From The Spider-man Movie Franchise

Andrew Garfield’s breakthrough movies, The Amazing Spider-man (2012), and the sequel, “The Amazing Spider-man 2” (2014), set off the commercial success and collected a considerable amount in the box office. Nonetheless, Garfield also appeared for a short time in “Spider-Man No Way Home,” one of the most successful spider-man movies of all franchises.

Anyways, Let’s glance at the table below to know Andrew Garfield’s salary from the spider-man franchise and box office collection.

Although The Amazing Spider-man movies are one of the least grossing movies in the Spider-Man franchises, they managed to earn over $700 million. On the other hand, Andrew charged an equal amount as in his previous movies for appearing in “Spider-Man No Way Home.” Those few minutes were the most exciting moments for fans, and many people are calling for the third film of Andrew within the company.

Considering the works and earnings of Andrew, his massive fortune is absolutely deserving. Well, let’s hope his upcoming movies break all the records.

Earnings From Other Movies

Apart from the Spider-Man movies, Andrew has made a good name for himself through various other films, dramas, and TV series. The star has been nominated for 126 awards, including two Oscar awards, and won 29 awards, including the BAFTA TV Award for being the best actor in Boy A (2007).

Here is the list of Andrew’s top movies and their box office collections.

As you can see, the actor’s movies are massive hits and amassed a considerable amount at the box office, and there is no doubt that his bank account is pretty fat. Moreover, Andrew Garfield’s net worth is bound to increase with his growing popularity.

Andrew Garfield lives a lavish life in a mansion he purchased in 2012. It is a 3,862 square foot house with four bedrooms, 3-5 bathrooms, sauna, gym, and swimming pool. The house is located in Beverly Hills, California, and was purchased for $2.5 million. When Emma Stone and Andrew dated, the couple used to live together in this house.

Apart from living in a luxurious house, Andrew loves to drive luxurious cars. The first car he owned was Audi A7, a large luxury car worth $70,000. The second car he owns is Porsche Panamera, worth $90,000.

In addition to that, Andrew is also very fond of animals. He has a pet dog, a golden retriever named Ren.

The star adopted the dog while dating Emma back in 2012, and he is still taking care of his pet with love. The dog, Ren is one of the luckiest dogs to find such a good human to take care of it.

Furthermore, Andrew is currently dating Alyssa Miller, an American model. The couple is happily together since November 2021 and we wish them a blissful and lasting relationship.

Andrew is a prominent actor and is involved in various donations and charities. According to multiple sites, the star raised about $10,000 for a fundraising show arranged by WWO Charity. Furthermore, many other organizations like Stand Up To Cancer”, “Starlight Children’s Foundation,” and “Worldwide Orphans Foundation” have also been benefited from the generosity of the star.

Hence, let’s hope the star continues to showcase his generosity in the coming future, along with his outstanding acting skill. We wish Andrew Garfield a rocking career ahead!