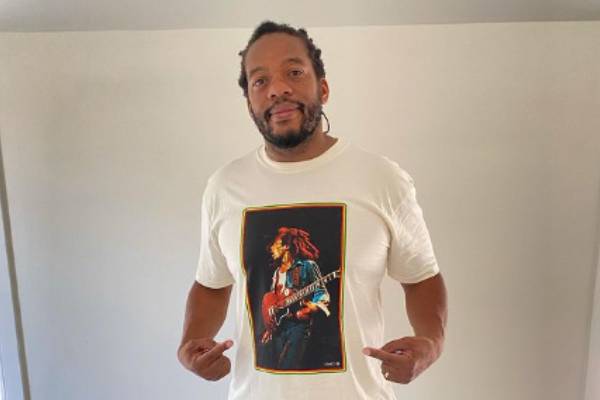 Herb Dean is a former MMA fighter and one of the most respected UFC referees. Image Source: Herb Dean Instagram.

Born Herbert Dean, Herb Dean is a former MMA fighter. He is now a professional mixed martial arts referee for the UFC (Ultimate Fighting Championship). He has won Fighters Only Magazine’s World MMA Awards Referee of the Year for five consecutive years from 2010 to 2014.

The prominent referee has accomplished massive success in his professional life. Alongside his rocking career, the referee has also garnered a hefty sum of riches. The UFC referees and fighters earn an impressive fortune. Thus, today’s article is about Herb Dean’s net worth and his income sources and other ventures.

Herb Dean Net Worth And Earnings

So, how did the UFC referee amass such a huge fortune? Let’s break down the MMA official’s income from various sources.

Earnings As An MMA Fighter

Herb Dean was born in Pasadena, California. He started training when he was nine years old and continued throughout his teenage years. He trained under the trainer Frank Trejo. His skills expanded when he included Jiu-Jutsu and Judo in his training regimen. Eventually, the former fighter became a second Dan Black Belter in Jiu-Jutsu.

Furthermore, Herb started his professional fighting career in 2001 and was active until 2007. Moreover, his first professional match was Gladiator Challenge 6, which he won via submission in just 43 seconds in the first round. Meanwhile, his last MMA fight was with Dave Legeno at Cage Rage 22 on 14 July 2007, which he lost.

Besides, Dean is 2-3 in professional MMA, with one win via submission and the other via technical knockout against Randy Halmot and Timothy Mendoza, respectively.

As reported by Comparably, the average salary of MMA fighters in the US ranges from $19,910 to $187,200 in 2022. However, Dean was active in the mid-2000s. Therefore, the former fighter must have been paid according to his worth.

Earnings As A UFC Referee

As mentioned above, Herb Dean is one of the most experienced and respected UFC referees. He has overseen over 3500 MMA matches. Among the most notable matches include UFC 48 in 2004 and UFC 70 in 2007.

Considering all the endeavors and the salary of the referee, Herb Dean’s fortune seems deserving.

Along with the fame, Herb Dean has gained a massive fan following too. His merchandises are very popular among his fans. Some of his popular merchandise are listed below with their prices.

Furthermore, apart from his glorious career in the UFC, the referee is also an actor with five acting credits. Herb also provides MMA officials courses. Therefore, he must also earn a lot from these ventures too.

Moreover, Herb has been a partner and the face of multiple brands, including Bubs Natural, Moscow Shoe, and many more to list.

As already stated, Herb Dean’s net worth is $2.5 million. Undoubtedly, the UFC professional lives a lavish lifestyle with his family. He is married to Victoria Dean and has two kids.

Moreover, the UFC official and his wife were going on the History channel for the new car show. It seems he is fond of cars like Bronco and it is not a big deal for him to buy one. Nonetheless, Herb Dean has accomplished great success in his professional career. He lives a very comfortable life with his family. We wish the UFC referee a prosperous life ahead.