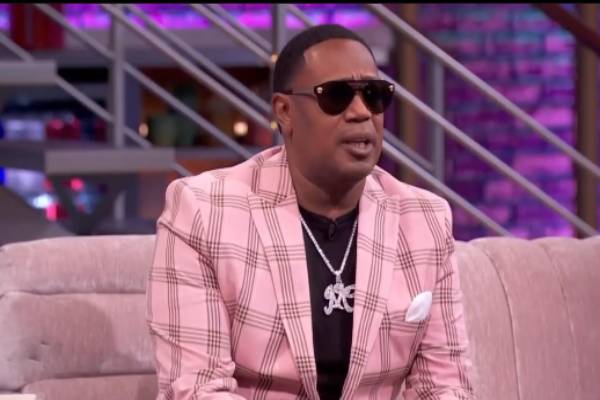 Percy Robert Miller Sr., best known by his stage name Master P, has been an inspiration to many people around the world. He has gained massive popularity and stardom throughout his musical career. Besides that, he is also a record producer, basketball player, actor, and entrepreneur.

When he noticed that one of his neighbors, who previously worked as an insurance salesman, had returned to the neighborhood with a brand new Mercedes, his life took a turn. This was when Master P had the idea of becoming an entrepreneur.

We can tell that the rapper is a very passionate individual as he started his small business by selling cell phones when he was still in high school. Well, from that, he has come a long way.

So, in this article, let’s discuss more about Master P’s net worth and other earnings from his successful rap career.

Master P Net Worth And Earnings

The famous rapper has gathered fame and fortune from his rap career and entrepreneurship. Percy’s grandfather was killed in a work-related incident, and the only good thing that came out of it was a $10,000 insurance settlement check. He then established a record store named No Limit Records which became the foundation for his label.

As per Celebrity Net Worth, Master P’s net worth is estimated to be $200 million. Furthermore, let’s talk about how he amassed such a fortune from his music career and business ventures.

Master P started his career by selling his self-produced album, Get Away Clean, in 1991. In 1992, Master P released his album named ‘Mama’s Bad Boy,’ which sold more than 150,000 copies independently, and his third studio album, The Ghettos Tryin to Kill Me!, also had similar success.

No Limit Records released 46 albums between 1997 and 1999, many of them reaching the top of the Billboard charts. The talented rapper sold millions of copies of his albums and earned a considerable sum. The earnings from his albums according to The Richest are given below:

Apart from the album’s sales, Percy also earned a significant amount of money from the tours he has been on in support of the albums. The mogul rapper has undoubtedly made millions of dollars from his album sales and concerts.

Also Read:  About Method Man’s Net Worth And Income

Earnings As An Entrepreneur

Aside from his successful music career, Master P has also earned quite a lot from his side businesses. He has established a clothing line, a film studio, a travel agency, and a real estate firm. It is estimated that he has invested in over forty-five companies.

The entrepreneur’s film studio, No Limit Films, also augments a large fortune to Master P’s net worth as it released a series of straight to VHS films that sold millions of copies. In addition, he funded a low-budget docudrama named I’m Bout It, earning a huge profit.

The musician promotes his food and beverage brand on Instagram and other social media handles. He also has his own fast food outlet. Now there is no doubt about how he made his massive fortune.

Master P is a true entrepreneur who takes his business quite seriously. In particular, he has properly diversified his assets and spread his money into many different realms of business. As a result, instead of the rapper working for the money, the money works for him.

Such a large fortune has helped Percy own an estimated thirty-one properties and thirteen expensive luxury cars. However, his ex-wife, Sonya Miller, aka Sonya C, fought for a 40% share of the properties after the ex-couple’s divorce. Still, the divorce settlement payment likely didn’t put a dent in Master P’s pocket.

Master P has a mansion in Missouri city, which features 11,500 square feet of living space, six bedrooms, and seven and a half bathrooms. He lives a lavish lifestyle and works for it. In his house, he has three large chandeliers, estimated to cost $300,000 each.

Talking about the hip-hop artist’s car collection, he has a black Rolls Royce, Mercedes Benz-G Wagon, BMW, White Rolls Royce Ghost, among others. He is indeed living a comfortable life. So, let’s wish him more prosperity and wealth in the days ahead.