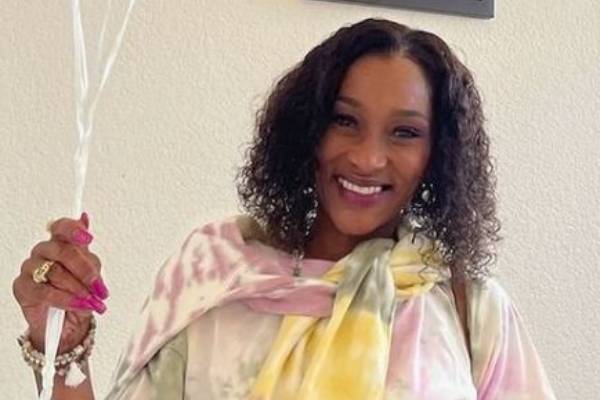 One of the most popular record executives and rappers, Master P, is recognized around the world for his work as well as his personal life. Due to his fame, his family has also been in the spotlight for several years, especially his former spouse, Sonya C.

While many recognize the rapper himself, the same is not the case for Master P’s ex-wife, Sonya C. So, here are five interesting facts about Sonya to get to know her better.

Was Married To Master P For More Than Two Decades

Aforementioned, Sonya C, aka Sonya Miller, is best recognized as the former spouse of the multi-talented artist Master P. The pair were reportedly together since their high school days and then moved to California together after graduation. Both of them were young and very much in love so, unsurprisingly, they got married in 1989.

Master P born, Percy Robert Miller, also launched his career in 1989 and has continued to be involved in the entertainment business.

Moreover, in their almost 25 years of marriage, Percy and Sonya welcomed seven children together. However, their life as a married couple came to an end in 2013 after Sonya filed for divorce. Their relationship was marred with cheating allegations and obviously couldn’t survive the test of time.

Also Read: Find Out Who Is Nikita Mazepin’s Girlfriend

While Sonya C’s marriage with the record executive did not end on a happy note, she was blessed with seven children. Master P’s ex-wife, Sonya, gave birth to their firstborn, Romeo Miller, aka Percy Romeo Miller, on August 19, 1989. The former couple then welcomed their second child, Vercy Miller, two years later on July 26, 1991.

All of Sonya C’s children have been involved in the entertainment business one way or another. The eldest boys, Romeo and Vercy, are actors and have also tried their hand in music. Similarly, the Miller girls have starred in the reality series about their family. On the other hand, the youngest Miller boys, Mercy, and Hercy are pursuing a career in basketball.

Apart from their seven children, Sonya C’s ex-husband, Master P, cared for his late brother’s son, Veno Miller. He also has a daughter named, Cymphonique Miller who was born through an extramarital affair.

Since one of the reasons behind Sonya and Master’s divorce was cheating, so could it be that Cymphonique’s birth might have been a sore point between the former pair? Nevertheless, all the Miller children grew up in a safe environment.

Sadly, in May 2022, Sonya C’s daughter, Tytyana passed away. But the reason behind her untimely death has not been revealed yet. Sonya’s ex-husband and other family members took to Instagram with sad messages. The family has asked for privacy and they must be going through hard times. Hopefully, God gives them the strength to cope with the loss and may the departed soul rest in peace.

As stated above, Sonya C filed for divorce from her ex-husband, Master P, in 2013, after 24-years of marriage. She stated irreconcilable differences as the reason behind the divorce filing, but according to TMZ, she had already gone to court to get child support in 2011.

While the child support case fell through in 2011, Sonya and Master were involved in a lengthy battle after filing for divorce. It is stated that the pair officially ended their marriage in 2014, but Sonya had asked for a bonusy bez depozytu in spousal and child support which lengthened the process.

As per Sonya herself, Master P was worth around $200 million at the time but left her and her four minor children destitute. She reportedly asked for $67 million from the $178 million assets, including numerous properties, cars, and companies that Master P had accumulated during the marriage.

Miller also claimed that she was the first lady of No Limits Records, having helped the rapper establish the label. Then in 2015, Master P was ordered to pay $27K each month in spousal support in addition to $10K in child support. He also had to cover Sonya’s attorney fees which amounted to $200K.

However, the battle continued with Master P alluding that his baby mama was a drug abuser and Sonya alleging that the rapper has used their children to mislead the court. The multi-millionaire was then ordered to pay a hefty sum to his ex-spouse by the court in early 2016.

Since then, both Master P and Sonya Miller have kept mum about their arrangement. However, Sonya has opened up about how she left her emerging rapping career to care for her family and her life after divorce.

Master P’s Ex-wife Was A Rapper Herself

Yes, you read it correctly; Master P’s former spouse was an emerging rapper before she kept her career on hold to become a perfect wife and mother to her kids. She became a stay-at-home caring for her family while Percy Miller went on to have a successful career and also numerous extramarital affairs.

Sonya C was Miller’s rap name, and she reportedly put out several songs in the early 1990s. She released her debut album, Married to the Mob, in 1993, which is still available for purchase on Amazon. Moreover, she also worked on a few of Master P’s albums.

Since she wanted to focus on her family, Sonya left the music industry. Maybe if she had continued to pursue her career, Miller might have also earned millions like her ex-husband, Master P.

While talking to Lashaun Turner, Sonya Miller revealed that after the divorce, she picked herself up and went back to college. She attended Pepperdine University and majored in Theatre Arts while also minoring in Journalism. She was also accepted into an Honors program to go to either USC or UCLA in 2018.

Whether she took the opportunity is unknown but, it is clear that Master P’s ex-wife, Sonya, has moved on with her life. She is also apparently working on a book, so we might see a fresh perspective on her life before and after fame.