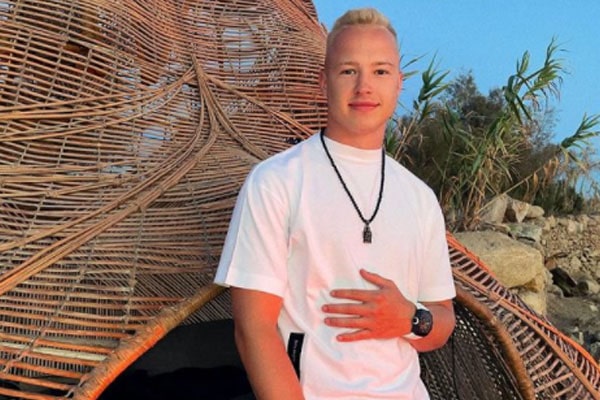 Almost every 2021 Formula One drivers are in a committed relationship with their respective partners at the moment. The only difference is that some do not feel shy to show off their lovers before the public, while some prefer to keep their love life entirely away from the media reach. And, in the list of F1 drivers who keep their love hidden from the public is the young Russian driver Nikita Mazepin.

Many claim that Mazepin is currently single, while some say that he is secretly dating someone. So, what is the reality? Does Nikita Mazepin’s girlfriend really exist at the moment? Let’s find it out here.

Who Is Nikita Mazepin’s Girlfriend?

Well, it is still unclear if Nikita Mazepin really does have a girlfriend to cheer him up from the sidelines. But, in 2016, some online sources, including The Sun, reported that he was in a romantic relationship with the Russian supermodel, Alena Shishkova.

When the news of Alena Shishkova being Nikita Mazepin’s girlfriend went viral on the internet, Mazepin was just 17 years old while Shishkova was 24. Nevertheless, the two were often spotted together hand in hand at various events in 2016. On top of that, they seemed unperturbed by the difference in their ages.

So, the local media speculated that Mazepin and Shishkova were dating. However, neither of them confirmed if they were in a romantic relationship. Moreover, it is still a mystery if the two are still an item or not. It’s because the rumored pair haven’t yet appeared in any social media photos together despite both being active on their respective accounts.

Moreover, there is a possibility that Nikita and Alena are together but, wish to keep their romance private at the moment. Nevertheless, these are just our speculations. Only the rumored couple, know the truth. Let’s hope they will soon come forward and clarify their relationship.

On 8 December 2020, Nikita Mazepin shared a short video on his Instagram story. According to Autosport, the video showed him in the passenger seat of a car and supposedly touching the chest of a woman who was in the back seat.

Mazepin deleted the video within some minutes of sharing it online. But, it got many views quickly, leading to widespread calls for his then soon-to-be team, Haas, to drop him. Many still suggest Haas drop Mazepin with the hashtag #WeSayNoToMazepin trending on Twitter.

In response to the video, Mazepin’s team released a statement on Twitter saying that it does not condone Nikita’s ‘abhorrent’ behavior. Haas team added that they are dealing with the matter and taking action internally.

The matter is being dealt with internally and no further comment shall be made at this time. (2/2)

Soon after Haas posted the statement, Mazepin also posted a Tweet apologizing for his actions. He apologized for his inappropriate behavior and the offense he caused. Also, Nikita expressed his regret for the embarrassment he brought to his team.

Moreover, Nikita Mazepin also realized that he had to hold himself to a higher standard as an F1 driver. He even promised to learn from his mistake. And, we hope he is on the right track and doing great with his lady love and career at the moment.

So, who Nikita Mazepin’s girlfriend is still a secret. But, let’s hope he has someone with him to share his feelings and support him in his success and failure.

The year 2022 saw Russia starting a military invasion of Ukraine. The global response resulted in action against not only Russia but also athletes from the country. Amidst the invasion, Nikita Mazepin’s contract was terminated by Hass. Similarly, the team also terminated the title sponsorship of the Russian company, Uralkali.

After this action by the team, Nikita expressed his disappointment and stated that he had been willing to abide by the FIA’s rule of competing as a neutral athlete.

After the sad exit from the Haas team, Mazepin announced the creation of a foundation that will help athletes who for many political reasons could not compete in any events. On the other hand, many sites have reported that Nikita and his father, Dmitry Mazepin, have been added to the EU blacklist.

Well, we hope, Nikita’s foundation takes off and does well in its operation. We also wish the Russian driver all the best in his personal life.