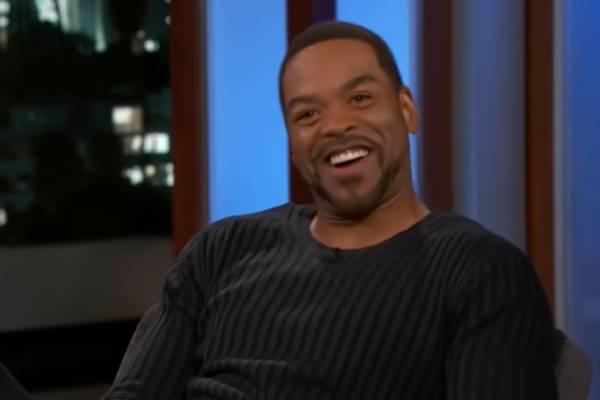 The famous rapper, Method Man has amassed a huge sum of money from his career. Image Source: Social Media.

Clifford Smith Jr., mostly known by his stage name Method Man, is a famous American rapper, record producer, songwriter, and actor. The rapper ascended to hip hop fame with Wu-Tang Clan as one of the most prominent members of the collective.

Method Man was one of the two members along with Redman to get a solo song on the group’s debut album and he was the first to release a solo album in the clan. As one of the best songwriters and actors, he must have earned a hefty sum of money.

So, in this article, let’s talk about Method Man’s net worth and other earnings from his successful rap career:

Method Man Net Worth And Earnings

The New York-based rapper has garnered both fame and fortune from his career for about 30 years. He has released twelve albums including his solo works and collaborations with various other artists.

According to Celebrity Net Worth, Method Man’s net worth is $14 million. Today, let’s discuss, how he garnered such a fortune from his music career:

Method Man started his career with Wu-Tang Clan’s debut album ‘Enter the Wu-Tang (36 Chambers).’ Moreover, he was the first to release a solo album. He put out a solo album under the clan’s unusual contract which allowed the members the freedom to release music under any record label.

The talented rapper started with his hit solo albums Tical (1994) and Tical 2000: Judgment Day (1998) and ‘Blackout!’ with a collaboration with Redman. Likewise, Wu-Tang’s second album, Wu-Tang Forever with Method Man was a sensational hit as it sold over two million copies. The album was also nominated for a Grammy award.

Moreover, his first collaboration with Redman ‘Blackout’ was another hit that led to the duo working on other songs thereafter. That album also had sales of over a million copies. Method Man’s other albums include The W, Iron Flag, and Tical 0: The Prequel, 4:21: The Day After, and Blackout 2 from 2001 to 2010.

Crediting his global success, Method’s concerts also add to the ever-growing fortune of the Method Man as another prime source of income.

According to Ticket Smarter, his concert tickets can be purchased for $80 to $85. Meanwhile, Method Man earns a considerable share from the clan’s YouTube channel. They make $3K to $47.3K monthly and $35.5K to $567.9K on yearly basis.

These are just another ways Method Man’s fortune has benefitted from his music career.

Also Read: Learn About The Head Coach, Cliff Eilis’ Net Worth, And Salary

Owing to his highly successful music career, the rapper’s wealth has also been influenced by his merch sales. He has launched his personal merchandise line and also earns from Wu-Tang Clan’s merch line. Moreover, he has collaborated with various companies to advertise their products.

Let’s take a look at a few products from Method Man’s merch line and their respective prices:

Seeing as the rapper and his rap group has found immense fame globally, fans might flock to various stores to purchase their merchandise. As a result of the sales, Method Man’s net worth might have continued to rise in recent years.

Income Through Other Ventures

Besides being a terrific songwriter and rapper, Method Man is also known for his acting. He has starred in several movies, most prominently in the late 90s along with appearing in sitcoms. He appeared in movies such as How High and Belly along with recurring roles in popular shows like The Wire, CSI: Crime Scene Investigation, Oz, and The Twilight Zone.

Clifford has also played cameo roles in movies like The Sitter which stars Jonah Hill. In addition, he secured a part in George Lucas’ 2012 movie, Red Tails.

Furthermore, he voiced Ben Urich in a Marvel Entertainment podcast called Marvels. He also appeared alongside famous actor Samuel L. Jackson in Shaft. He even appeared as a recurring character in Netflix’s Teenage Bounty Hunters followed by an adaptation movie Concrete Cowboy.

Surely, a fair amount from all his tv shows and movies deals has added more to Method Man’s net worth.

Method Man has amassed a fortune from his highly successful career as a rapper. So, it won’t be a surprise to see him purchasing a luxurious mansion that costs millions. He also has a big sneaker collection in his house and can be seen flaunting his love for sneakers in his videos.

Method Man also owns many cars such as Lincoln Navigator, and Chevrolet Suburban SUV, among others. Clifford Smith Jr.’s net worth is huge and is still growing owing to his career.