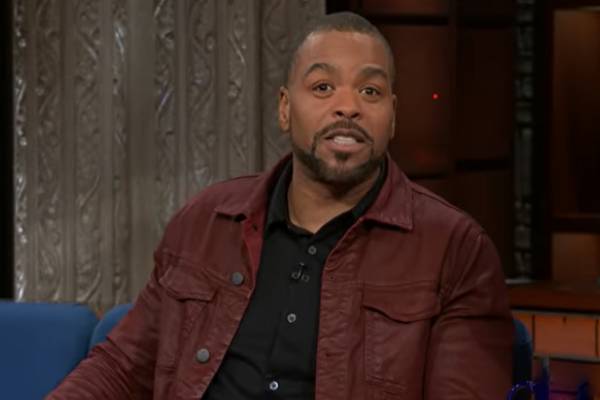 Clifford Smith Jr. is famous by his stage name, Method Man. The talented American rapper, songwriter, record producer, and actor is a member of the East Coast hip hop collective Wu-Tang Clan. In addition, he is famous for his collaboration with Redman as the hip-hop duo.

The Grammy Award winner must be one of the best rappers and songwriters of all time. Owing to his fame and name in the industry, his family members have also come into the limelight of media. So, today we are talking about Method Man’s wife, Tamika Smith, who has been secretive about her personal life for years.

Who Is Tamika Smith?

Tamika Smith has come into the spotlight due to her husband’s fame in the entertainment industry. However, she has also accomplished great success in her career as well.

Method Man’s partner was born on July 14, 1975, in Staten Island of New York City. As per various sites, she has a sister named Tonya Muldrow. Her sister is married to Lamont Jody Hawkins, aka U-God, a founding member of the Wu-Tang Clan.

Talking about her education, Tamika completed her nursing assistant education at ONEONTA Job Corps in 1992. She also completed a 75-hour course on real estate salespeople from Richmond Country Real Estate Institute. Additionally, in 2013, she completed a course in entrepreneurial and small business operations at the College of Staten Island.

The rapper’s wife is also pursuing an associate’s degree in business management and administration.

Tamika Smith shares a blissful marital life with Clifford Smith Jr. The lovely couple tied the knot in 2001 and have been together ever since. The pair met while she was working as a personal assistant of Method Man at Method Man Entertainment from 1997 to 2002.

Moreover, the couple had engaged in 1999 before walking down the aisle two years later. It is evident that they have been together for over two decades and still share a solid relationship.

Tamika Is A Businesswoman

Method Man’s wife, Tamika, is a leading lady in his life. Apart from being a supportive partner and a well-educated lady, she is also an entrepreneur.

As already mentioned, the songwriter’s spouse worked as his personal assistant for over five years. Later, the energetic wife worked as a caretaker and developmental aid for adults with physical and learning disabilities at SIDDSO for one year.

Above all, Smith is the owner of a small business in the beauty industry. In addition, she is also active as a real estate agent and is doing great in her professional career.

Is A Proud Mother Of Three

The entrepreneur lady is also a proud mother of three children, whom she shares with her famous husband, Method Man. She has a son, Sha Smith, fraternal twins Raekwon Smith, and Cheyenne Smith.

All of the Smith couple’s children were born before they got married. Method Man’s son, Sha, was born in 1996 and is his firstborn. Meanwhile, His other kids, Rae and Cheyenne, were born in 1997.

Furthermore, all of Tamika Smith’s children have already grown up to be amazing adults. But like their mother, they prefer to stay away from the limelight of media.

Tamika and her husband, Clifford, have come a long way and have had their share of ups and downs. Not only that, but her husband’s fame has caught several controversies.

One such wretched incident was created in 2021. TV talk show host and broadcaster Wendy Williams mentioned she had a one-night stand with the rapper. The songwriter’s wife addressed the claims by releasing in-depth statements through her Instagram stories. Furthermore, she added that the media personality has often caused problems in her relationship time and again.

The rapper’s partner also mentioned how she previously remained silent when Williams publicized her breast cancer diagnosis in 2006. The Smith couple had kept the fact private, and even their close family members were unaware of Mrs. Smith’s condition. Thankfully, she is cancer-free now and is living a healthy life.

After those incidents, the Smith family became more private and stayed away from the public eye. Once, The rapper even quit social media as the picture of his wife was uploaded without her consent.

Nevertheless, Method Man’s wife is now living a comfortable life along with her family. We wish her a more peaceful and happy life in the coming days.