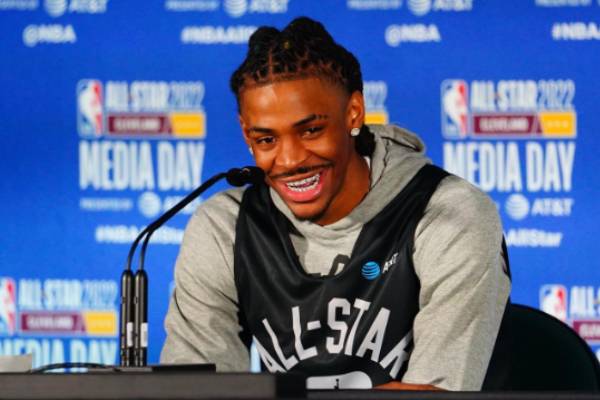 Temetrius Jamel Morant, known more as Ja Morant, is a famous professional basketball player who plays for the Memphis Grizzlies team of the NBA. The 22-year-old won the title of the NBA Rookie of the Year in 2020 and was selected as a starter for the NBA All-Star Game in 2022.

Being a popular athlete and having a successful basketball career, Morant must be earning a remarkable amount of money. So today, we will be learning about Ja Morant’s net worth, income, and contracts.

Ja Morant Net Worth And Earnings

As per Essentially Sports, Ja Morant’s net worth is $1.5 million; however, Marca estimates the Grizzlies star’s net worth to be $3 million. Nonetheless, the 22-year-old celeb must be earning quite a fortune as a professional athlete. So now, let’s break down his income as a basketball player.

Income As A College Basketball Player

Born to Tee Morant and Jamie Morant, who also played basketball, Ja learned about the sport from his father. He went on to play basketball in high school. The Grizzlies star attended Crestwood High School and left as the all-time leading scorer.

Morant continued playing the sport as he attended Murray State University and was a part of the NAIA, where he had a very conquering career. He earned first-team-all conference honors making an enormous impact as a freshman at his college. The basketball star had a breakthrough sophomore season as he won OVC Player of the Year.

As per ZipRecruiter, the annual average salary of a collegiate basketball player is $37,974. Being a brilliant player and having exhibited great skills results, Morant must have been paid more than the range.

Salary From The Grizzlies Contract

Morant was the number 2 overall pick in 2019 and was drafted by the Memphis Grizzlies. The young star signed a four-year contract with the Grizzlies, which was worth $39.6 million. The contract includes guaranteed pay of $39,619,840 with an annual average salary of $9,904,960.

The table below shows Ja Morant’s salary as a Grizzlies as estimated by Spotrac:

The talented player has been paid a total of $27,500,400 throughout three seasons. Furthermore, Spotrac also estimates that the Grizzlies star will possibly get paid a hefty amount of $12,119,440 for the 2022-23 season. Also, the NBA star is reportedly eligible for a five-year, $181 million rookie max extension so there is no doubt that Ja Morant’s net worth will see considerable growth in coming years.

In 2019, Morant signed a multi-year endorsement deal with the popular brand, Nike. According to Rampfesthudson.com, the total value of a deal with Nike excluding incentives is an average of $7.7 million per year. Hence, the 22-year-old must have earned quite a fortune from this deal.

In addition to Nike, Morant also has an endorsement deal with the sports drink, BodyArmor. He promotes the drink through posts on his Instagram account. The skilled basketball player must have been paid millions for this deal as well.

Furthermore, Morant also has a deal with PSD underwear. He must have earned quite an amount from his collaboration with the undergarment brand. The pay from these endorsements contributes to Ja Morant’s net worth.

The athlete has earned quite a remarkable fortune as a professional NBA basketball player. Due to his earnings, he can enjoy a blissful and comfortable life with his young daughter, Kaari Jaidyn Morant. Ja shares his little girl with his ex-girlfriend, Kadre Dixon, aka KK Dixon.

Morant set up a fundraiser to support The Boys & Girls Club of Greater Memphis and promised to match the donations made up to $10,000. It seems the NBA celeb is always ready to give back to society. Furthermore, he was also seen giving out pizzas at a local gas station and has presented a recovery room to Murray State University to help its athletes.

Nonetheless, the 22-year-old point guard has earned an enormous fortune throughout his career and can be expected to make even more as his profession goes on. So it wouldn’t be surprising if Ja Morant’s wealth and popularity as a successful NBA basketball player would increase.