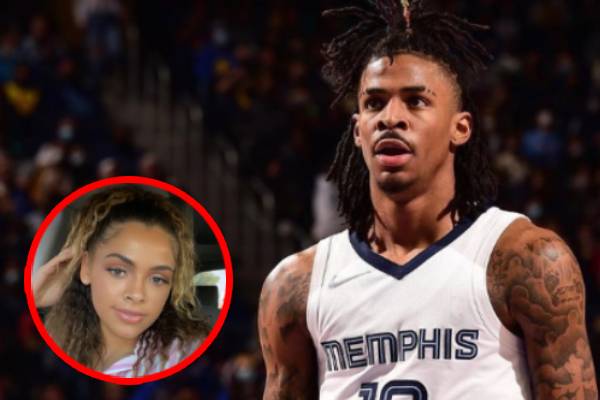 Fans of basketball would not fail to recognize the rising star, Ja Morant. Born, Temetrius Jamel Morant, he is a popular basketball player who plays for the NBA team Memphis Grizzlies. Morant attended Murray State University, where he played collegiate basketball. During his first year, the basketball star earned first-team-all-conference honors in the Ohio Valley Conference, making a huge impact at his college.

Aside from being a successful basketball player, the 22-year-old is a father of one, Kaari Jaidyn Morant. It seems like Ja Morant isn’t with his little girl’s mom, KK Dixon, anymore. So, today we will be getting to know all about Ja Morant’s ex-girlfriend.

Who is KK Dixon?

Ja Morant has always been a person of privacy. The NBA star has been private about his love life and his relationships. The only known partner he has had is KK Dixon, also known as Kadre Dixon.

As per a few sites, she is a 21-year-old university student who is attending Fisk University in New York. Dixon, much like Morant, is an athlete. She plays basketball and volleyball at her college.

Ja Morant’s former partner owns a depop account, where she sells various clothing pieces including shoes. The prices of the clothing items that are being sold vary from $12 to $600. Dixon must be earning quite an amount from this business,

Due to Morant being a private person, it is difficult to find out exactly when the ex-couple started their relationship. It is also unclear how long the past lovers dated each other. However, it seems the duo started dating each other in 2018. According to some sites, Ja Morant’s ex-girlfriend had posted pictures with him in late 2018 on her Instagram account.

Nonetheless, the posts have since been removed from Dixon’s Instagram, and the pair have already broken up. We can’t be sure when and why the pair broke up as none of the two have spoken up about it.

As the title suggests, the former couple has an adorable daughter together, named Kaari Jaidyn Morant. Dixon and Morant welcomed their daughter on August 7, 2019. In fact, Kaari was born two months before her expected date. Due to this, she had to spend a few weeks at the hospital.

Kaari, who will be turning three this year, has an Instagram account that already has over 47,000 followers. Well, it isn’t a surprise knowing she is the daughter of the popular basketball payer, Ja Morant. As she is only a child, the account is co-run by both her parents. Taking this into consideration, the former partners seems to have ended their relationship on a good note.

Is The NBA Star Dating Anyone New?

Just like his relationship with his baby mama, Ja Morant’s current dating life is also a mystery. The Grizzlies point guard, nonetheless, has been wrapped in a few rumors about him dating other well-known people.

Ja Morant was rumored to be in a relationship with an influencer named Abigail Russo. He had apparently liked most of her Instagram posts and even took part in the influencer’s live events a few times. However, neither party talked about the supposed relationship.

Later it was also alleged that Morant was dating model Johanna Leia. The rumors of the two dating started when they followed each other on Instagram and the NBA player started liking her posts.

However, both of the rumors were debunked and it seems like the basketball star is not seeing anyone at the moment. Morant confirmed that he is single, as per a few sites.

Furthermore, Ja Morant’s ex-girlfriend is also not in a romantic relationship. Dixon has not disclosed anything about her love life and going through her Instagram account, she seems to enjoy spending time with her friends and family, especially with her daughter Kaari.

Nevertheless, we wish a successful and happy life to both Ja Morant and his baby mama.