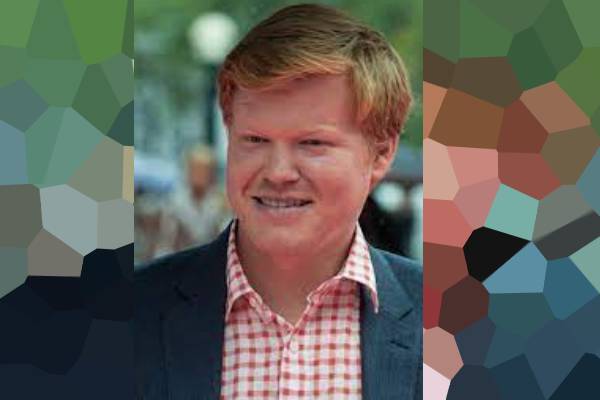 Jesse Lon Plemons, aka Jesse Plemons, is an American actor. He is widely recognized for his breakthrough role as Landry Clarke in the hit NBC drama Friday Night Lights. Many fans also remember Jesse for his potrayal of Todd Alquist from the iconic television series, Breaking Bad. Furthermore, the actor has been nominated for Primetime Emmy Awards.

As a successful actor, Jesse has earned a significant amount of money. He began his career by appearing in Coca-Cola advertisements when he was only three years old. Then, at the age of 8, Plemons started to audition for roles in Los Angeles, landing minor roles. Since then, the star has acted in a number of movies and series, earning a reasonable fee.

Jesse Plemons Net Worth And Earnings

Jesse has had a long and durable acting career giving multiple hits and high-grossing films. Celebrity Net Worth has estimated Jesse Plemons’ net worth at $8 million, thanks to his notable roles in iconic series and movies.

Jesse Plemons first landed a role in a movie in 1998 called Finding North. He was just ten years old while appearing in Tanya Wexler‘s drama-comedy. Since then, Plemons has delivered many hits like Battleship, Hostiles, Game Night, and Jungle Cruise. In addition, he is nominated for the 2022 Academy Awards for his role in The Power of the Dog.

Followingly, some of Jesse’s movies earnings are listed below:

Hence, Jesse must have been paid considerably well for his roles in the movies contributing to his massive fortune. His films have amassed a worldwide collection of more than $1 billion.

Apart from appearing on the big screen, Jesse has also had major success in television. Plemons made his first television cameo in the series Walker, Texas Ranger. After that, he only had short stints and roles in many series. However, he got his first prominent role in the series Friday Night Lights as Landry Clarke and appeared on the show for four seasons.

His Breaking Bad co-star Bryan Cranston earned a reported salary of $225,000 per episode. However, Jesse might not have bagged the same amount as Bryan. But, the actor must have still made a considerable amount around that region.

Since then, Plemons has delivered hit series like Fargo, Black Mirror, and No Activity. Nonetheless, Jesse Plemons’ net worth must have been benefited positively from his work on television. In addition, the actor must have charged a reasonable fee for his roles in the series.

Not to forget, Jesse also appeared in a Coca-Cola commercial early in his life. While he might not have made a good amount but still got paid for it.

Thanks to Jesse Plemons’ net worth, the actor must own luxurious houses and cars. Nonetheless, he resides in San Fernando Valley, Los Angeles, with his fiancée, Kirsten Dunst. The two met at the sets of Fargo and have been together since.

Jesse lives in his partner’s California ranch with their two sons, Ennis Howard Plemons and James Robert Plemons. Furthermore, their house was featured on the cover page of the reputed magazine, Architectural Digest.

Plemons must be enjoying a comfortable and lavish lifestyle primarily because of his massive fortune. Well, we wish Jesse Plemons all the best for his nomination for the Oscars.