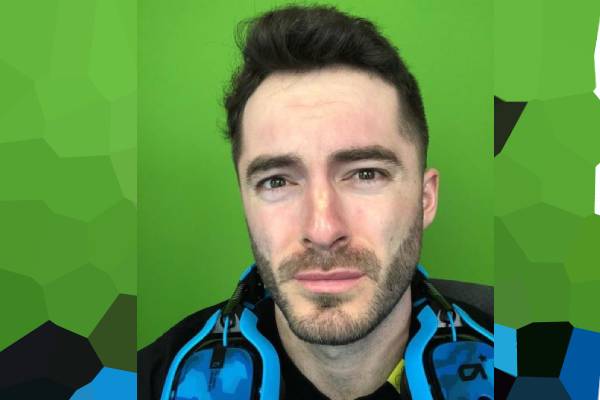 CaptainSparklez is a famous YouTuber and Twitch gamer and has amassed a fortune from his career. Image Source: Jordan's Instagram.

Jordan Maron, better known by his gaming name, CaptainSparklez, is an American gamer, YouTuber, musician, and Twitch streamer. The famous internet celebrity was born on 10th February 1992 in Los Angeles, California. However, he and his mother moved to Santa Barbara at four years old. Furthermore, Maron attended the University of California but dropped out in his sophomore year to pursue a career in YouTube and gaming.

On 9th February 2010, CaptainSparklez created his first YouTube channel named ProsDONTtalkSH*T (PDTS). He uploaded Call of Duty: Modern Warfare 2 gameplay videos at the beginning. Since then, he has gone on to gain a massive following on YouTube. Similarly, he has accumulated a lot of earnings and wealth from his online career.

Hence, in this article, let’s talk about CaptainSparklez’s net worth. Does he have any income source besides YouTube?

CaptainSparklez Net Worth And Earnings

Jordan Maron is the fifth solo gaming YouTuber to garner over 1 billion views on his channel. According to Celebrity Net Worth, CaptainSparklez’s net worth is estimated at $12 million. He mainly shares Minecraft content on his YouTube channel.

Jordan’s primary YouTube channel, CaptainSparklez, has over 11.3 million subscribers. The channel is ranked 151st in the US and 62nd in the gaming category. According to Social Blade, his YouTube channel gains over 4.5 million views monthly. Hence, he earns somewhere around $1.1K to $18.4K monthly and up to $220.7K annually.

In addition, the YouTuber’s video of Minecraft Style referring to PSY‘s Gangnam Style has over 40 million views on YouTube.

Similarly, Jordan currently has four active YouTube accounts including his primary channel. Nonetheless, some of his other YouTube channels also contribute to CaptainSparklez’s fortune. His earnings from those YouTube channels are listed below.

Hence, his other YouTube channels are also quite popular but don’t have the exact number of subscribers and views, unlike his two mentioned accounts. Nevertheless, it still might earn some money, adding to CaptainSparklez’s net worth.

Apart from creating content and being one of the most successful YouTubers, CaptainSparklez also has a Twitch channel. He frequently streams games like Minecraft on his channel. Jordan’s viewers enjoy watching his stream and send gifts and donations via Twitch. Many Twitch streamers have made a luxurious living out of streaming on the gaming platform. Hence, CaptainSparklez might have also earned a respectable sum from his Twitch account.

Being a popular figure in the YouTube and gaming industry, CaptainSparklez has a huge following. He has utilized his audience wisely, selling merchandise to them. Basically, Jordan has his own clothing brand called Quality Content. He sells different kinds of accessories and clothing on the store’s website.

So, the YouTuber’s wealth must have been impacted significantly by his earnings outside the YouTube world. He is an entrepreneur and also a musician with a few songs to his name. Therefore, CaptainSparklez’s net worth must benefit from the earnings he generated from his music.

CaptainSparklez is also good friends with YouTuber PewDiePie. They both have collaborated numerous times. In addition, he was also featured in Forbes 30 Under 30 list in 2016.

Furthermore, Jordan enjoys a very luxurious and lavish lifestyle. In 2015, the 30-year-old YouTuber purchased a $4.6 million mansion in the Hollywood Hills of Los Angeles. However, he listed the house for sale with a price tag of $4.9 million in 2020.

In addition, he also has a collection of branded luxurious cars worth millions.

Talking about Jordan’s love life, it seems he is single. Unfortunately, we couldn’t find anything about CaptainSparklez’s girlfriend. It looks like the YouTuber is focused on his work primarily. Indeed, he is associated with a lot of things from different fields.