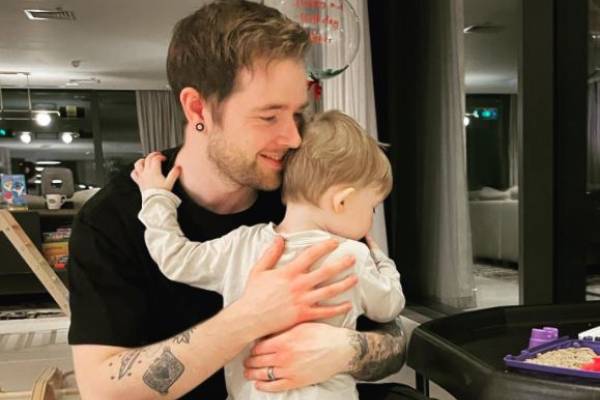 Daniel Middleton is an English YouTuber, actor, and professional gamer. He is mostly recognized by his gaming and YouTube channel name, DanTDM. Daniel is one of the most successful YouTubers in the United Kingdom, with over 26 million subscribers on his YouTube channel. He mostly posts Minecraft videos and content on his channel, which has gathered countless watched hours.

Daniel has a sweet family besides being his successful YouTube career. He has been married to his long-term partner Jemma Middleton for almost a decade. Similarly, during their marital life, the couple has welcomed a kid together. So without any delay, let’s get to know about Daniel Middleton’s family and his life as a family man.

Had A Traumatic Childhood

Daniel Middleton was born in Aldershot, England, on 8th November 1991 and is the eldest of two. He enrolled in the University of Northampton to study music production. He gradually developed an interest in gaming and making videos during his college days.

However, Daniel’s childhood was not normal and average. His father was in the military, and they constantly had to move houses due to work issues. When Dan was ten years old, he had already switched between ten different schools.

Nonetheless, his parents’ divorce also left a traumatic mark on him growing up. Similarly, Daniel has uploaded videos on his YouTube channel talking about how not to be a parent and fatherhood. In addition, he has also done a QnA with his father and posted the video on his YouTube channel.

Even though he went through many troubles during his childhood, DanTDM has now succeeded in his life. Therefore, Daniel Middleton’s family must be proud of him.

Is Married to Jemma And Has A Kid Together

The YouTube sensation is married to Jemma Millward. The love birds tied the knot on 17th March 2013 and have been in marital bliss since. They met during their school days and might have dated for some time prior to their wedding.

Daniel Middleton’s wife Jemma is a former YouTuber herself. However, she last uploaded a video on her YouTube channel in 2013. Despite her absence, Jemma’s channel still has over 217K subscribers. Nonetheless, we can find Jemma on her Twitch channel where she streams occasionally.

Furthermore, the YouTuber duo has also welcomed a child together, seven years after their marriage. Daniel Middleton’s son, Asher Middleton, was born in January 2020.

We can see the little one on his parent’s Instagram accounts. The father-son duo seems to love spending time with each other and Daniel posts pictures of them together celebrating festivals and holidays.

However, Daniel and his wife have not revealed their son’s face properly on his Instagram account. It seems like the couple wants to keep the little one away from the limelight and media at a young age. Nonetheless, let’s hope we get to see more of Daniel Middleton’s son in the upcoming days.

Giving His Family A Privileged Life

As mentioned above, Daniel Middleton did not have a normal childhood. However, after rising to stardom and being a popular YouTuber and gamer, he has given his son and wife a luxurious and prosperous lifestyle. We can see the couple living a pleasant life with their only child on their respective Instagram accounts. From camping to road trips, the Middleton family looks to be enjoying their life.

According to Celebrity Net Worth, Daniel Middleton’s net worth is around $35 million. His YouTube channel is ranked 6th in the UK and 12th overall in the gaming category. Furthermore, he accumulates over 56.7 million views on his videos monthly. So, it is estimated that Dan earns around $170.3K to $2.7 million annually from his YouTube channel.

In addition, he also has an online store where fans can buy his merchandise. We can find many kinds of products like hats, shirts, hoodies, and tank tops on his website. Well, Daniel must have made earning in millions from selling his merch as most of the items are sold out pretty quickly after their release.

Nonetheless, Daniel has worked very hard to reach where he is right now. His hard work and dedication has made him one of the richest YouTubers in the world. We hope to learn more about Daniel Middleton’s family in the upcoming days.