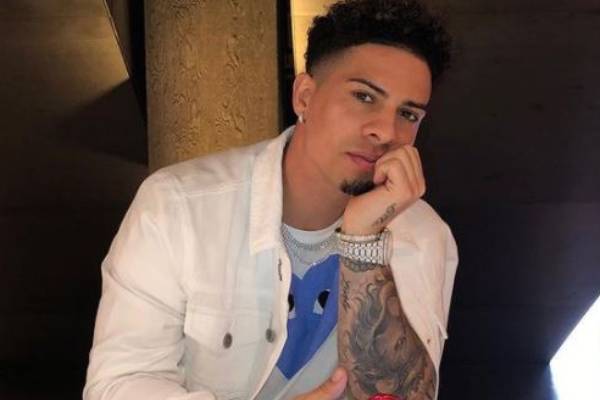 With the growing use of technologies, the use of streaming sites like YouTube has increased widely. The platform has become a great help to learn your course or to enjoy some videos. For many people, it has also become a source of income. Furthermore, the YouTube platform has also made several people famous with fans around the world.

One such personality who became known to the world because of a YouTube channel is Austin McKinley McBroom. His family’s YouTube channel, The ACE Family, has millions of subscribers and is loved by fans worldwide.

Because of his growing popularity, fans and followers are curious to learn about his personal life. So, here are seven interesting facts about  Austin McKinely McBroom.

First Born Of His Parents

The ACE Family patriarch, Austin McKinley McBroom, also known as Austin McBroom, was born on May 20, 1992, in California, United States. He was born to his mom, Michole McBroom, and his dad, Allen McBroom. Sadly, Austin’s parents are no longer together.

Both the McBroom brothers have a special bond and are supportive of each other. Plus, the McBroom parents also support the brothers and must be proud of their achievements.

California-born Austin McBroom attended Campbell Hall School in North Hollywood. He completed high school studies in 2011. He played basketball at the high school, and was a heralded three-sport athlete, as he also played baseball and football.

Furthermore, Austin also received All-State honors in football and basketball. During his freshman year, he played on the state championship team for the Vikings. Upon completing high school, he committed to Central Michigan University, with whom he had one year stint.

Besides his successful YouTube career, Austin McBroom’s love life, too, seems to be a huge success. He shares a blissful marital life with Dolores Catherine Johnston Paiz, also known as Catherine McBroom. They met for the first time in 2015 at a dinner party.

In an interview with Power 106 Los Angeles, Austin revealed that he experienced love at first sight with Catherine, and he knew that she was the one for him. However, on the other hand, it took some time for Catherine to warm up to Austin. The couple then went for dinner at Nobu and continued seeing each other.

After a while, Austin declared his love for Catherine, which she ignored as she was not used to the grand declaration so early. In the interview, Paiz claimed that she had thought the relationship would not last long.

But exactly the opposite happened, and the couple dated for two more years and got engaged in August 2017. They uploaded their engagement video on their YouTube channel, and it trended on the platform for three days.

Furthermore, the engaged duo got married the same year, which they later revealed in January 2020. They exchanged the vows secretly in their backyard. Moreover, neither Catherine nor Austin’s parents were present while they tied the knot. But, McBroom’s grandmother and Catherine’s brother, Ryan Johnston were in attendance as witnesses.

The McBroom couple does have plans to have a grand wedding, and we hope that day comes soon.

The ACE Family’s patriarch, Austin McBroom, is a doting father of three kids, whom he welcomed with his partner, Catherine Paiz. They have a handsome son and two beautiful daughters. Austin McBroom became a father for the first time after the birth of their daughter Elle Lively McBroom.

Catherine gave birth to Elle on May 28, 2016, a year after dating. Two years later, on October 17, 2018, their second daughter, Alaia Marie McBroom, was born. They posted about the arrival of their baby girl via Instagram. Later, they even uploaded the video of them welcoming her.

In one of their videos, Catherine had claimed that she wanted three kids. Furthermore, Austin had said that he won’t stop until he gets his “mini-me.” In addition, Catherine revealed that a psychic had revealed her life while she was ten years old.

The psychic words came true when Catherine and Austin welcomed their son, Steel McBroom, on June 20, 2020. During their third pregnancy with the baby boy, they kept their first few months of the pregnancy a secret, and later in January 2020, they revealed the good news via an Instagram post.

A few weeks after the announcement, the couple had uploaded a YouTube video where they revealed the due date of their baby boy: June 25. But, Steel was born five days before the due date. Austin and Catherine have also involved their kids in their YouTube videos, and they all have their own Instagram account with millions of followers.

As mentioned earlier, Austin McBroom came into the limelight because of his YouTube channel. He started the channel in 2016 with his wife Catherine and their firstborn, Elle. The channel’s name, ACE, is the combination of their name’s initials, i.e., A for Austin, C for Catherine, and E for Elle. When the channel started, they often uploaded the videos of the pranks that they would play on each other.

Then, they participated in challenges and started vlogging their day-to-day life. After a while, they began posting weekly instead of daily. The channel has 19 million subscribers and consists of many videos like Q&A videos, challenges, pranks, and important moments in their lives.

Among other videos, their proposal video, which they uploaded in August 2017, is the channel’s most viewed video with over 39 million views. Their channel is growing day by day and is making them more famous globally.

Furthermore, they also own the ACE merchandise and sell different types of items like caps, hoodies, T-shirts, bottles, blankets, and many other things. Similarly, the couple has also uploaded their music videos on their channel.

In 2017, Austin and Catherine released their first music video, “You’re My ACE.” The music video, which was co-produced by Glenn Travis, got 27 million views. Then, the couple went on to release two other music videos, “Giddy Up” and “Only One.” Those videos, too, got millions of views.

According to Social Blade, Austin has an estimated monthly and yearly earnings of $2.4K to $37.9K and $28.4K to $455.2K, respectively. So one can expect, Austin McKinley McBroom’s net worth is of a grand sum, all thanks to his popularity and YouTube channels.

He Has Been Involved In Several Controversies

Being a celebrity is not that easy, mainly when you are followed by the paparazzi everywhere you go. Unfortunately, the same thing has happened to Austin. He has been involved in many controversies, some of which he has denied, and in some cases, he has chosen not to speak.

Austin was accused of sexualizing a child. A video that surfaced, which is now deleted, showed him buying a male-genital-shaped candy. The girl was thought to be a member of the extended family. However, both Catherine and Austin made no comments about the controversy.

Similarly, Austin got involved in another controversy when people dug up some of his old tweets and accused him of being racist. He addressed the tweets. However, he refused to apologize to them. Furthermore, his mom defended in a YouTube video released on his channel, saying he could not be racist as he is multiracial.

There are several other controversies besides this, in which he has been involved. Hopefully, the controversies have been cleared.

Participated In A Boxing Match

In June 2021, Austin participated in an event named “Battle of the Platforms.” It was an event where some influencers from TikTok and YouTube fought each other in boxing matches. He fought against TikTok’s Bryce Hall and won the match by technical knockout.

Furthermore, it is not known how much Austin got paid from the fight. Later, he revealed that he would take less than the reported $5 million contract of Bryce and will receive a $1 million bonus from Bryce as a part of a bet for knocking him out.

Austin must have amassed immense fortune to his name from his YouTube channel. With a fortune of $2 million, he must be living a great life. Nevertheless, we hope he succeeds more in the coming days.