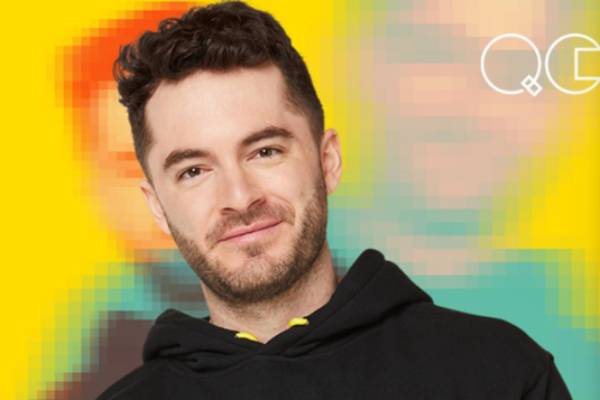 Despite being a popular YouTuber, CaptainSparklez has not talked much about his love life and relationships. Image Source: Jordan's Instagram.

Jordan Maron, known mainly by his online name CaptainSparklez is a famous American YouTuber, musician, gamer, and Twitch streamer. He is primarily popular for streaming the iconic game Minecraft on his YouTube and Twitch channels. In addition, he has worked with some prominent music artists like The Chainsmokers and Sean Paul.

Apart from his professional career, CaptainSparklez is passionate about cars and bodybuilding. But, talking about his personal life, Jordan seems too invested and busy on games. However, he has mentioned having a girlfriend in The Sims game in the past.

But, has the YouTuber found love besides in the game? In today’s article, let’s talk about CaptainSparklez’s girlfriend and his YouTube journey.

In 2014, Jordan tweeted that he got a girlfriend, and their date was very intense. However, he quickly reminded his fans that it was in the game, The Sims. His followers were excited reading the first line of the tweet but got their reality check pretty fast.

Some of his ladies fans even commented, offering themselves to be CaptainSparklez’s partner in real life. But, the YouTube star did not respond to any of them.

I GOT A GIRLFRIEND OMG THAT DATE WAS SO INTENSE. In the Sims not in real life jeez what did you think I meant.

Fast forward eight years and the YouTuber is apparently still single. Despite being a social media star and having over 847K followers on Instagram, CaptainSparklez is not into any kind of loving relationship. Interestingly, there have been no rumors and news regarding CaptainSparklez’s girlfriend or love life. The YouTuber himself has never talked about his relationship or partner.

In February 2021, Jordan again came up with a video titled girlfriend reveal on his YouTube channel, CaptainSparklez2. But, he again mentioned a fictional character referring as his girlfriend with the name Abigal.

Nonetheless, let’s hope CaptainSparklez finds his perfect one in the near future in real life besides in the games and fictional world.

Well, there are no further details regarding CaptainSparklez’s girlfriend, and it is no secret that Jordan began his YouTube career after dropping out of college. He went to the University of California, Santa Barbara, to pursue a degree in chemical engineering. But, he switched his major from engineering to computer science in his freshman year. However, in his sophomore year, CaptainSparklez decided to leave the university, giving his full time to YouTube.

As of lately, Maron has a total of eleven YouTube accounts. However, among them, only four are active. His primary YouTube channel, CaptainSparklez, has over 11 million subscribers. In addition, he frequently posts gaming content on his YouTube channel. Besides gaming, Jordan also has a reaction and fitness YouTube channel. As mentioned above, he is a passionate gym freak.

Furthermore, CaptainSparklez has collaborated with big YouTubers like PewDiePie, SkyDoesMinecraft, and TobyGames. His YouTube channel is ranked 66th among games and 156th in the United States. Hence, CaptainSparklez’s net worth also must be relatively high.

Besides YouTube, he is also an investor and the owner of a few companies. It seems like Jordan is very busy with his career. Maybe, this is why he does not have a lover yet. Nonetheless, we wish him all the best for his career and hope to meet CaptainSparklez’s girlfriend soon.