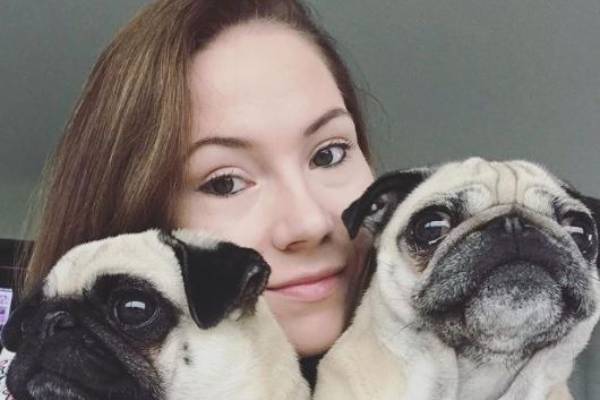 Daniel Middleton, better known by his gaming name, DanTDM, is an English gamer, musician, actor, and YouTuber. He is mainly known for streaming and making content related to Minecraft games. Besides Minecraft, he has also commentated on popular online games tournaments for Roblox and Pokemon.

Dan is very popular on YouTube. His channel was named as one of the most-watched YouTube channels in 2015. Furthermore, he has also won many awards for his contribution to the gaming industry. In 2020, Daniel won the Nickelodeon Kids’ Choice Awards for the favorite gamer in the UK. Prior to this, he was also awarded the award in the Tipster category.

Dani is pretty thankful for YouTube as it has significantly contributed to his life. Similarly, Daniel Middleton is married to Jemma Middleton, who also has a history with YouTube. Hence, in this article, let’s get to know Daniel Middleton’s wife.

Jemma Is From Hertfordshire, England

Daniel Middleton’s wife Jemma Christine Middleton was born on 9th April 1992 in Hertfordshire, England. Her mother’s name is Claire, but she hasn’t spoken about her father or revealed any information regarding him. However, she and her husband, Daniel, have known each other since their school days.

During her relationship with the social media star, she started her own YouTube channel named Xjemmamx in 2013. Initially, she posted Minecraft content, and Daniel featured on some of her videos as well. Nowadays, Jemma is just active on her Instagram instead of YouTube and Twitch. She has over 313K followers on her Instagram account.

As mentioned earlier, Daniel Middleton’s wife, Jemma Middleton, was a YouTuber. She used to play Minecraft with Daniel before their marriage. Her friends and Daniel convinced her to start a YouTube channel and post content there.

Substantially, Jemma’s YouTube career was a pretty good sucess. She gained 200,000 subscribers quickly after her first upload. Even after marriage, Jemma posted content on her YouTube channel. In fact, her most popular video on YouTube was of herself and Daniel. The video title “Husband VS Wife SURVIVAL” has over 3.1 million views on YouTube.

Also Read: Get To Know About YouTuber Dream

Daniel Middleton’s Wife Is A Mother Of One

Knowing each other since elementary school, Daniel and Jemma Middleton seem pretty happy with their marriage. Daniel proposed to her when she was just 18 years old. The love birds saw each other for a few years before tying the knot in 2013. Jenna Middleton was only 21 years at the time of their marriage.

Furthermore, Daniel Middleton’s spouse, Jemma, gave birth to the pair’s son Asher Middleton on January 5, 2020. YouTube’s beloved couple publicly announced that they were expecting a baby boy in August 2019 on one of Daniel’s streams.

However, she seems to have developed an interest in the business world after her son’s birth. Daniel Middleton’s wife has shared a link to a kids clothing line on her Instagram account offering a 10 percent discount on purchases made using her code. Furthermore, her little kid also wears and advertises the products on her Instagram page.

As for Jemma’s son, he must be living a comfortable lifestyle. She was a famous and watched YouTuber during her streaming days. From her YouTube and Twitch earnings, Jemma Middleton’s net worth must be pretty handsome.

On the other hand, her husband Daniel is also one of the most-watched YouTubers. According to Social Blade, her husband’s YouTube channel is ranked sixth in America.

Nonetheless, the couple must be enjoying life together with their son. We wish them all the best for their future.