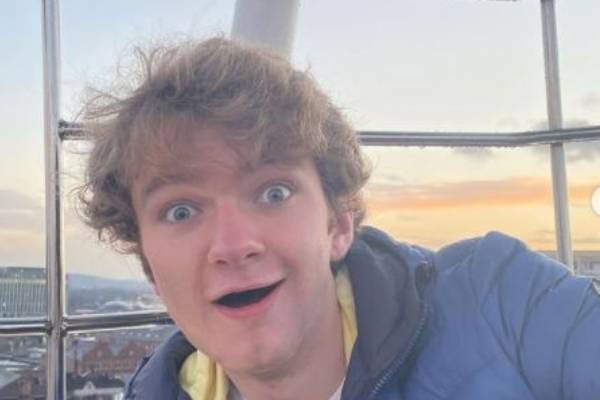 Thomas Simons, better recognized by his online name TommyInnit or Tommy, is a famous English Twitch streamer and video creator on YouTube. He is popular for streaming Minecraft on Twitch. Thomas has over 7 million followers on Twitch and 11.5 million subscribers on YouTube.

Similarly, Tommy also created his Twitch account in 2018. He had accumulated around 2000 followers and started streaming Fortnite, Minecraft, and PUBG at the end of 2018. He gained significant popularity from streaming and gaming content videos on YouTube. Here are five interesting facts about YouTuber and Twitch streamer TommyInnit.

Minecraft is a popular 3D game developed by Swedish developer Mojang Studios. The game was first released in May 2009. It is one of the best-selling video games of all time over 238 million games sold worldwide. In addition, there are nearly 140 million monthly active users of Minecraft.

TommyInnit also rose to popularity after streaming Minecraft on his Twitch channel. Furthermore, Tommy is a member of the Dream SMP Minecraft server. It is one of the most popular servers created by Twitch Icons Dream and GeorgeNotFound. Tommy joined the server on 4th July 2020 and has been active on it ever since. The server has popular streamers such as Tubbo, Karl Jacobs, and TinaKitten.

Additionally, his Twitch channel is also the most followed Minecraft channel on Twitch. He has over 7 million followers on his channel on Twitch as of January 2022. So let’s be honest; every Minecraft player must be familiar with Tommy or his server, Dream SMP.

Also Read: Get To Know About Cherita Gaskin

Has Appeared In A Music Video

Thomas made an appearance in the music video of Sub Urban and Bella Poarch‘s song titled Inferno. The song was released on 13th August 2021. The video featured some popular Twitch streamers like Lilypichu, Pokimane, CourageJD, Toast, and Bretman Rock.

The video wants to share how it feels to be a victim of sexual assault. Bella wanted to share a story with fellow colleagues who could relate to harassment. She thought that Twitch streamers were also getting harassed one way or another and could be helpful appearing in her music video.

Tommy is very popular on social media. Being a streamer and YouTuber, he has over 3.6 million followers on his Instagram. And many of his fans are interested in knowing whether he has found a romantic partner. Well, TommyInnit’s social media is filled with posts about his career and pictures with his friends. So, we might have to wait for sometime to be familiar with his girlfriend.

The 17 Year Old Has Made A Significant Earning

Reports suggest that the YouTube channel earns from $3 to $7 per thousand views. Tommy’s primary channel has around 35.5 million views in a month and 1.15 million views a day. The calculations themselves generate him around $2 million annually from his YouTube channel. His net worth must be pretty handsome.

Tommy’s primary channel on YouTube alone has racked up more than 1.8 billion views. He is also on the list of the top 15 most followed Twitch streamers. Furthermore, he also sells his own merch items like T-shirts, Hoodies, Posters, and Phone Cases online. These all sources might have helped TommyInnit’s net worth substantially.

TommyInnit Is No Stranger To Controversies

Tommy has been under the limelight for wrong reasons more than a few times in his young career. He came under fire once when he stupidly asked the famous English YouTuber, KSI, for a shoutout under his tweet.

KSI had tweeted about the demise of rapper DMX paying the icon a tribute on his social media. But, Tommy intensively didn’t pay attention to the tweet and asked KSI for a shoutout in the comments. This was labeled very insensitive and childish by the entire community.

Additionally, Tommy was accused of Lobby Spamming back in 2018 to gain viewers on his live stream. He has also been involved in hacking incidents which got him banned by Hypixel.

Furthermore, he has accumulated bans of 30 days twice on YouTube. On 21st October 2021, he was accused of rigging Minecraft’s live votes going on his stream to tell his audience to vote for Glare on the Mob Votes.