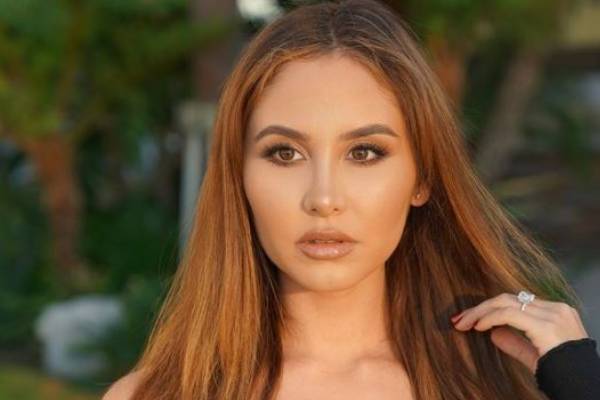 With the growing use of technology, many social media apps have come in handy for different purposes like learning, entertainment, and others. It has also become a source of income for many as people have gained significant wealth and fame globally. Several people, including successful celebrities and business people, have started to involve themselves in YouTube by uploading different types of videos.

Among the long list of successful personalities that became known to the world because of YouTube is Dolores Catherine Johnston Paiz McBroom. Catherine Paiz is known globally for her YouTube channel, The ACE Family, which she runs with her husband and kids. So, how much has the social media star made from her YouTube career?

In this article, let’s find out about Catherine Paiz’s net worth and earning details.

Catherine Paiz Net Worth And Earnings

As mentioned earlier, Catherine McBroom gained immense fame from the YouTube channel that she runs with her family. Apart from the fame, she must have bagged a reasonable sum of money. According to Celebrity Net Worth, Catherine Paiz’s fortune is estimated to be $2 million.

So, how did the renowned YouTuber amass such a massive sum of money? Let’s find out in detail about her earning sources.

YouTube has become one of the major sources of income for Catherine Paiz. In January 2016, she started the YouTube channel, The ACE Family with her husband, Austin McBroom. In the initial days, they used to upload mainly prank videos and Q&A videos. Furthermore, the couple also participated in different challenges and began to vlog their day-to-day life.

After a while, Catherine and her husband began uploading videos weekly instead of daily. Along with the pranks and challenges video, they also shared important moments of their lives. Their YouTube channel is growing on a daily basis. And as of now, it has 19 million subscribers.

According to Social Blade, the channel helps Catherine and the McBroom family earn $2.8K to $44.5K monthly and $33.4K to $533.9K yearly. Thus, the social media star must have made significant earnings from her YouTube career.

Before starting her career as a YouTuber, Catherine worked at several jobs. She even went to China to work as a tutor. Furthermore, upon returning from China, she also managed a venue and worked at a hedge fund.

Apart from that, Catherine also worked as a model and an actress. She modeled for Victoria’s Secret and Azzelia Swimwear. Similarly, she has accumulated some acting credits by appearing in different series and music videos.

Catherine has starred in different projects like Monday Nights at Seven, You Can’t Have It, and Lilin’s Brood. Furthermore, Paiz also made an appearance on the television mini-series The ACE Family Documentary: Welcome to Our Life. Besides these, she has also acted in music videos like Giddy Up and Only One, which The ACE Family released.

As an actress and model, the Canadian star indeed has made a significant income. And earnings from these sources have helped increase Catherine Paiz’s net worth.

Has Started Her Makeup Line

One cannot doubt that Catherine Paiz has amassed a considerable portion of her wealth from YouTube. Besides that, she has also been involved in various business ventures. She is the founder of 1212 Gateway, a cosmetic line manufacturing different products that are premium and cruelty-free. Her products are made from natural and organic ingredients.

Here are some of her products along with their prices.

Consumers seemed to have loved her products, and she might be making a good sum from the sales of those products.

Similarly, Catherine has also been involved in several other businesses with her husband. For example, they founded a juice brand which they named Silly Juice. Likewise, she also earns significantly from The ACE Family shop, which sells different types of goods like caps, hoodies, bottles, phone covers, etc.

The table below shows some of the items sold at The ACE Family shop and their price.

As mentioned earlier, Catherine Paiz’s net worth is estimated to be $2 million. With a fortune worth multi-million dollars, there is no doubt she is living a comfortable and luxurious lifestyle. Paiz resides in LA with her husband and three kids.

In 2019, Catherine and her family had moved into a massive $10.1 million Los Angeles mansion that has been featured in several of their videos and posts. In July 2019, the umbrella company for the ACE Family signed a legal agreement for the Los Angeles property.

Sadly, by May 2021, Catherine’s house was at risk of foreclosure or also known as preforeclosure. In October 2021, her house was returned to their beneficiary, 5 Arch Funding Corporation. Due to this, Catherine and her husband no longer own the home.

Moreover, due to California’s nonjudicial foreclosure law, the beneficiary would need to file and win an eviction lawsuit to make Catherine and her husband leave the property. So if they pay their remaining debt or leave on their own, the McBroom family won’t have to face eviction.

Furthermore, Catherine McBroom owns more than one luxurious car. She and her husband have a great car collection, including Lamborghini, Jeep, Chevrolet Camaro. She must have an insurance policy for the cars that she owns.

As Catherine is still very dedicated to her YouTube career and business ventures, there’s no doubt that Catherine McBroom’s net worth will increase in the coming days. Nevertheless, we hope she has a successful life ahead.