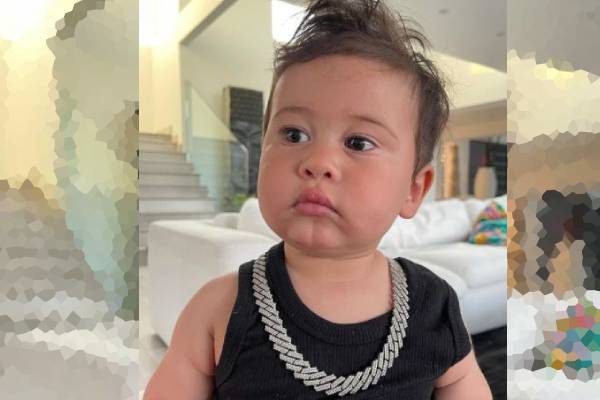 In the era of technology that we are living in currently, social media has become a great way to learn new things, to know what is happening around the world, and of course, for entertainment purposes. Several social media platforms like YouTube, Instagram, Twitter, and many others have been created which have helped us spend our time and learn new things.

One such platform that has made people famous and wealthy is YouTube. Because of it, many have earned immense fame globally. Among the several channels that exist on YouTube, The ACE Family is one of the most famous family YouTube channels run by Austin McBroom, his wife, Catherine McBroom, and also includes their three kids.

Because of their popularity, people often question the personal life of Austin and his family. Thus, in this article, let’s know in detail about Austin McBroom and Catherine McBroom’s son Steel McBroom.

The Youngest One In The Family

The ACE Family has become one of the most loved YouTube channels with millions of subscribers. Because of the content that Austin and Catherine post on their YouTube channel, they have a huge fanbase around the world.

Austin and Catherine met in 2015 for the first time and began dating shortly after. In 2017, the duo got hitched in private. In six years of togetherness, the duo became the parents of three kids. Among their children, their baby boy is the youngest one.

Steel McBroom, the youngest child of Catherine Paiz and Austin McBroom, was born on June 20, 2020. Steel McBroom’s parents had kept the news about their third pregnancy a secret. About four months after knowing about the pregnancy, Austin and Catherine revealed to the world that they were expecting their third child, a son.

Catherine posted a photo in January 2020, with her baby bump being touched by her two daughters and husband. Similarly. Austin also shared a video taken during the first ultrasound of their son. As soon as they revealed the news about their pregnancy, fans flooded their comment section to congratulate the couple.

Being the youngest one and the only boy in the McBroom family, Austin McBroom’s son Steel must be pampered really well by his parents and two big sisters.

As mentioned earlier, Steel McBroom is the youngest one and the only son in the McBroom family. He has two elder sisters who love him very much and they all seem to be sharing a great bond with each other.

Steel McBroom’s eldest sister, Elle Lively McBroom is four years older than him. In December 2015, his parents shared the news about their pregnancy with a baby girl, on their respective Instagram profiles. On May 28, 2016, his elder sister, Elle was born.

Similarly, in February 2018, Steel’s dad and mom revealed the news about their second pregnancy, and two months later, the McBroom couple revealed that they were expecting their second daughter. Finally, Steel McBroom’s elder sister, Alaia Marie McBroom was born on October 17, 2018.

Steel Mcbroom’s sisters love him very much, and they all seem to be having a great time growing up together.

Will Catherine McBroom’s Son Follow In His Dad’s Footsteps?

YouTube is not the only field that Steel McBroom’s dad, Austin McBroom is good at.  Austin McBroom played basketball during his college days. Apart from that, the YouTuber also played football and baseball. Steel’s dad had received All-State honors in basketball and football.

During his collegiate career, Austin played for Central Michigan Chippewas, Saint Louis Billiken, and Eastern Washington Eagles. He seemed to have a successful collegiate basketball career.

Similarly, going through Steel McBroom’s Instagram profile, which is run by his parents, he is seen holding basketball and baseball. Furthermore, in another post, Austin McBroom’s son, Steel was seen kicking a soccer ball.

So, will he follow in his dad’s footsteps and become a sportsperson? Well, only time will tell.

At such a young age, Catherine McBroom’s son Steel has gained immense popularity. He already has 1.1 million followers on his Instagram. He might be interested in being a social media influencer like his parents.

Nevertheless, Steel McBroom seems to be doing great and must be growing up having a wonderful time. We hope that the youngest McBroom family member has a great future ahead.

The name Steel is derived from an English name Steele, which means Like Steel.