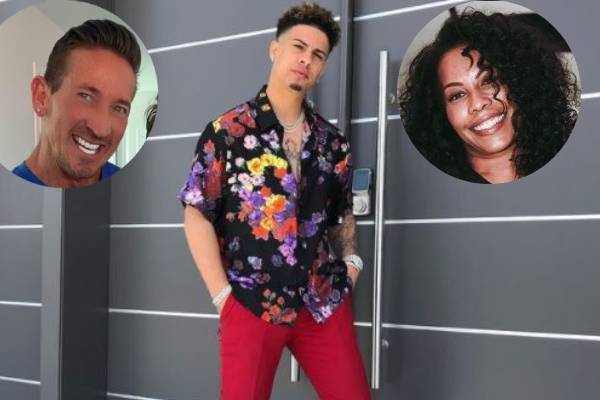 Austin McBroom is one of the most well-known names on YouTube. He has gained fame as the patriarch of the popular YouTube channel, The ACE Family. He had started the channel in 2016 with his wife, Catherine Paiz aka Catherine McBroom, and also included his kids. Moreover, his other family members also make occasional appearances on their YouTube videos which have made them famous too.

Along with the fame comes an enormous fan following, the paparazzi, and media attention who roam around their favorite celebrities to know about their personal life. Because of that, the popular YouTuber’s personal life has also become a topic of discussion for several of his fans.

So, who are the proud parents of The ACE Family patriarch, Austin McBroom? In this article, why don’t we learn in detail about Austin McBroom’s mom and dad and their whereabouts?

The successful YouTuber Austin McBroom is the child of Allen McBroom and Michole McBroom. He was born in California, United States, on May 20, 1992. He grew up with his brother, Landon McBroom, who was born in September 1996, four years after Austin’s birth.

Austin and Landon seem to have a close bond, and they both are supportive of each other’s work. Moreover, like their oldest, Michole and Allen McBroom’s youngest boy, Landon is also a YouTuber and has gained significant fame from his channel.

Michole McBroom Is An Entrepreneur

Austin McBroom and his brother have established themselves as one of the successful YouTubers of their time. So, were his dad and mom engaged in the show business? Who inspired Austin to pursue a career in YouTube?

Well, it might come as a surprise, but Austin McBroom’s parents are not involved in any career related to the entertainment world. McBroom’s mom is an entrepreneur and has started her own clothing brand. She is the founder of Lidstick Diaries, which she launched on March 8, 2021.

The shop features several clothes like hats, beanies, socks, etc. Not only for women, but the shop also features unisex clothes. Austin’s mother must be earning significantly from her business venture.

As for Austin McBroom’s dad, Allen McBroom handles The ACE Family shop with Austin and Catherine. Although he does not have his own business venture, he seems to be doing a great job working with his son and daughter-in-law.

Hopefully, we get to see them often on The ACE Family’s videos.

Allen And Michole Love Working Out

Both of Austin McBroom’s parents, Michole McBroom and Allen McBroom, seem to share a common interest in workouts. Allen has got a good physique and often posts pictures of himself working out. His good physique must be the result of his hard work during his gym hours.

Similarly, Austin’s mom, Michole, also loves exercising. She has maintained a good physique, and working out might be one of the things that Austin McBroom’s mother and father bonded over.

Austin McBroom’s Mom And Dad Are No Longer Together

Austin McBroom is also known for his successful marriage with his partner Catherine McBroom. However, unlike his marital life, his parents’ marital life did not become that successful. After being married for several years and welcoming two boys, Austin McBroom’s parents parted their ways.

However, it has not been revealed when and why they divorced each other. But even after their marriage failed, Michole and Allen seem to have a good relationship and do not miss any important events of their kids’ lives.

Apart from being wonderful parents, Austin McBroom’s dad and mom are incredible grandparents to their grandchildren, Elle Lively McBroom, Alaia Marie McBroom, Steel McBroom, and Souline McBroom. They often post different pictures of their family, kids, and grandkids on their Instagram page.

Allen and Michole must be proud of their children’s achievements. Nevertheless, we hope that Austin McBroom’s parents have a wonderful life ahead.