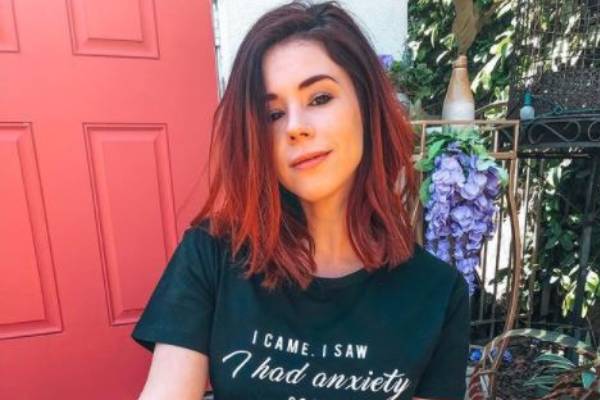 Jillian Rose Reed is best recognized as Tamara Kaplan from the popular MTV series Awkward. She has been involved in the industry since 2008, having made her debut as a minor character in an episode of Zoey 101. However, she has gained a massive fan following through her works and has maintained a steady career over the years.

With many following her career trajectory, it is no surprise that fans are also interested in learning about the fortune the Awkard actress amassed. So today, let’s find out how much is Jillian Rose Reed’s net worth and know about all of her income sources.

As a successful actress and voiceover artist, the Florida native has undoubtedly earned a massive sum from her career. Moreover, as per Celebrity Net Worth, Jillian Rose Reed’s net worth amounts to $2 million.

Aforementioned, Jillian Rose Reed’s acting debut was in an episode of Zoey 101 in 2008. She then starred in the dark comedy-drama, Weeds as Simone for a few episodes and also had a brief appearance in another show, Hung.

Reed secured the role of Tamara Kaplan in the MTV show, Awkward and starred in all five seasons between 2011 and 2016. She was one of the main characters in the series; therefore, Jillian Rose’s salary must have been of a considerable sum. Furthermore, Jillian was nominated for a Young Artist Award for her performance. She reprised her role in the webisodes, which were released in 2014.

After Awkward, Jillian appeared briefly in many other shows like Mondays, Daytime Divas, Love Daily, and Lucifer, among others. She also starred in the 2018 movie Sharon 1.2.3. which had an estimated budget of $3.8 million.

As per Salary.com, on average, an actress in the US makes $58K annually. And since Jillian has been working since the late 2000s, she must have made a considerable sum from her acting career.

Income As A Voiceover Artist

In addition to acting, Jillian Rose Reed has also lent her beautiful voice to animated characters. She voiced one of the main characters in the computer-animated Disney Channel show, Elena of Avalor. She also provided additional voices in the series.

Playing a main character in the popular animated series must have helped the Florida native earn thousands of dollars every year. Moreover, the salary she received from her voiceover works must have helped increase Jillian Rose Reed’s net worth.

While acting seems to be her passion, Jillian Rose has used her words to notify her fans about her life and also could be making some money in the process. She has set up a self-titled blog where she has written about her health and life in general.

Reed has been updating her followers about her love life, engagement, and wedding planning through her blog post for years. In between these blogs, she also has had a few sponsored posts, where she shared her thoughts about the products advertised.

Jillian’s blog posts have been sponsored by companies like Brita, Milk-Bone, Cat’s Pride, Renew Life, American Eagle, LG, among others. She also shares sponsored posts on her Instagram and is paid handsomely for it.

Moreover, fans of Jillian can use the referral code she has on her blog to get discounts while purchasing products from certain businesses. If her followers used these codes, Reed must have been paid a certain percentage which helped increase her fortune.

Enjoying Her Life With Her Husband

Aforementioned, Jillian Rose Reed’s net worth is estimated to be $2 million, and with such massive fortune to her name, the actress enjoys a comfortable life. Jillian resides with her husband, Marty Shannon, in the cozy home that they designed together.

While there are few details about where her house is, Reed has shared few design tips with her followers through her blogs. Looking at the pictures, there is no doubt that the couple has invested a considerable sum in their beautiful home.

And with Jillian’s continued success, we can expect the actress to earn millions and enjoy a lavish lifestyle.