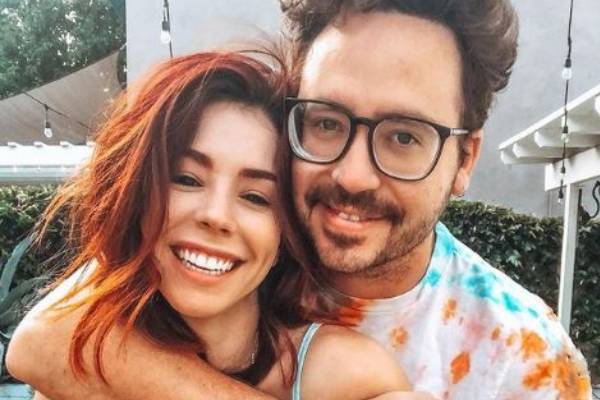 Marty Shannon is an American musician who has put out many beautiful songs over the years. However, he first came into the limelight as actress Jillian Rose Reed‘s boyfriend. The pair have been in the public eyes since, and their relationship has survived the test of time.

Many know who Jillian Rose Reed is due to her performances in various TV series, but information about her partner has been scarce. However, we have managed to find a few facts about Jillian Rose Reed’s husband, Marty Shannon.

So, stick with us till the end to know about Marty and the pair’s love life.

Marty Has Been Together With Jillian since 2011

When a Hollywood celebrity talks about their relationship, people are always commenting whether it will last long. However, that is not the case with actress Jillian Rose Reed and her partner Marty Shannon. The pair first met in 2009 at their friend Chelsea‘s apartment. Jillian was only 18 then, while Marty was 22.

Despite meeting in 2009, Reed and Shannon started dating only in 2011. The couple were friends and went on dates but then made their relationship official two years later.

In one of her blog posts, Jillian revealed that her then-boyfriend Marty was with her when she first visited the bar. She also talked about how the couple was each other’s support when their careers took off.

Moreover, unlike many couples in the entertainment business, Jillian and Marty did not have trouble making their relationship a main priority. While there were few fights along the way, they have admitted that it was healthy for their bond.

Now a decade later, the pair are still together, and their relationship is still going strong. Furthermore, Jillian and Marty are married and are enjoying their time as husband-wife.

Got Married Amidst The Pandemic

Aforementioned, Jillian and her long-term boyfriend tied the knot and are now husband and wife. The pair reportedly got married in their backyard in October 2020 amidst the pandemic.

Jillian Rose Reed’s then-boyfriend, Marty Shannon, proposed to her in July 2019. Reed shared the happy news on her Instagram.

However, their wedding plans were derailed due to the global pandemic. The couple were set to tie the knot on October 12, 2020, but postponed their wedding. Yet they continued to hope, set another date, and kept planning for their big day.

Unfortunately, Jillian Rose Reed and her then-fiancé had to postpone for the second time. While it was a difficult decision to make, both Reed and Shannon decided to go with the flow. As a result, they got married a few days after their original date.

Furthermore, the Reed-Shannon pair are hoping to have a big wedding reception surrounded by their loved ones. Since their marriage was low-key, we hope the newly married couple gets to celebrate to the fullest.

Jillian is best known for her performance in MTV’s Awkward, and on the other hand, her husband is a musician. Marty has been playing guitar since he was a child but never thought he would pursue a career in it. However, life took a turn, and Shannon is now a well-known singer, songwriter, and producer.

To date, Jillian Rose Reed’s husband, Marty, has released numerous EPs, including Before the Love Goes, Literally, and Twenty Six Hundred. A few of his singles are You Got Me, Take Me Back, and Run Away With Me. Music videos for these songs can be found on Shannon’s wife, Jillian’s official YouTube channel.

Furthermore, Marty wrote the soundtrack for the 2014 short film Finding Alice. He also wrote and performed with contestants from American Idol, The Voice, and other talent competitions.

Additionally, Shannon wrote a song for AMC’s hit series, The Walking Dead. He also performed his song, Cynic, in MTV’s Awkward. Marty Shannon’s wife, Jillian, was one of the main cast members of the show.

Much like his love life, Shannon has found success in his professional life. And while his wife has been quite open about their relationship, Marty mostly prefers privacy.

Nonetheless, we hope Marty Shannon and his wife, Jillian Rose Reed, are enjoying their married life. We also wish Marty all the best in his future endeavors and hope to hear the news of children soon.