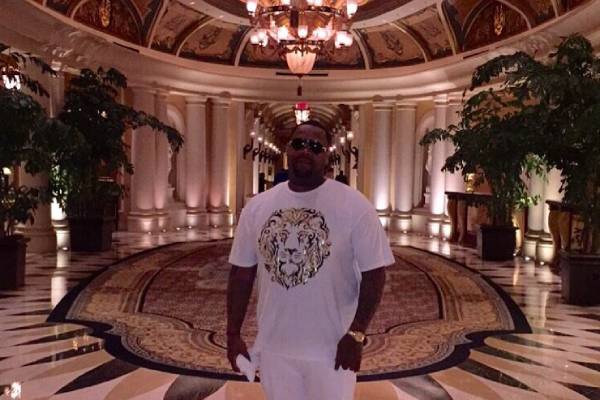 NFL players are among the highest-paid sportsmen, but it does not stop them from looking for ways to boost their earnings. While some athletes engage in side hustles to increase their finances, others engage in illegal acts to earn fast cash. So, now and then, we hear of well-known athletes making some extra money through illegal activities.

Nonetheless, it came as a shock when Johnny Ray Jolly Jr. was convicted of narcotics possession. The former NFL defensive tackle was on top of things, surrounded by fame and fortune. So naturally, his conviction had sparked discussion about how much money the athlete made during his NFL career before it all went south.

So, what was Johnny Jolly‘s net worth that he needed to get into drugs for a few extra bucks? Let us find out in this article.

Johnny Jolly Net Worth And Earning

Often referred to as the athlete who sold his career for codeine, Johnny Jolly’s NFL accomplishments are well known. Having begun his professional career with the Green Bay Packers, the former athlete must have made a decent amount of fortune from his NFL career.

So, undoubtedly, Johnny Jolly’s net worth heavily improved from his earnings as an NFL player.

The former footballer was brought into the limelight when the Green Bay Packers drafted him in 2006. However, even before that, he had a brilliant collegiate career and had established himself as one of the most dominating players on the field. So, while his earnings during his university years are unknown, they must have been substantial.

Still, in 2006, Johnny signed a four-year contract worth $1,704,600 with the Packers with a $94,600 signing bonus. Additionally, he also signed a $2.521 million contract as a restricted free agent in 2010. Even though he struggled throughout his rookie career, the Packers’ promoted him to the starting lineup in his second year.

Still, while his professional career was at its peak, it was soon marred by substance usage and addiction. On July 8, 2008, the Houston police arrested the pro athlete for possession of at least 200 grams of codeine.

While the charges were dropped in 2009, police once again arrested Johnny in 2011 after allegedly finding 600gm of codeine in his vehicle. His driver’s license was suspended but it seems like Jolly did not face any severe charges at the time.

However, in the same year, he was arrested again and sentenced to six years in prison for possession of narcotics. Nonetheless, the court granted Jolly early release with 10-year shock probation on May 15, 2012.

Following this, on February 27, 2013, the Packers reinstated Jolly and modified his contract to $715,000. Unfortunately, a neck injury cut short his playing career in December 2013.

While the athlete’s career came to an abrupt end, he still managed to sign some lucrative deals during his career. So, Johnny Jolly’s net worth must have been in the millions owing to his noteworthy career.

Many famous athletes are known for keeping a low-key life; however, some have no problem letting the admirers see their life outside of work. Likewise, the former Packers’ defense tackle is not hesitant to flaunt his personal life on social media platforms. So seeing pictures of him vacationing and enjoying life on his Twitter account isn’t unusual to his admirers.

Going through Johnny Jolly’s Twitter, it is evident that he is enjoying a comfortable life with his wife Voniecia Jolly and children. Furthermore, he is traveling the world and indulging in lavish pastimes. Therefore, Johnny Jolly’s net worth is clearly sufficient to allow him to live a life of luxury and prosperity.

For now, let us wish the former athlete and his family well and hope that their lives prosper as years progress.