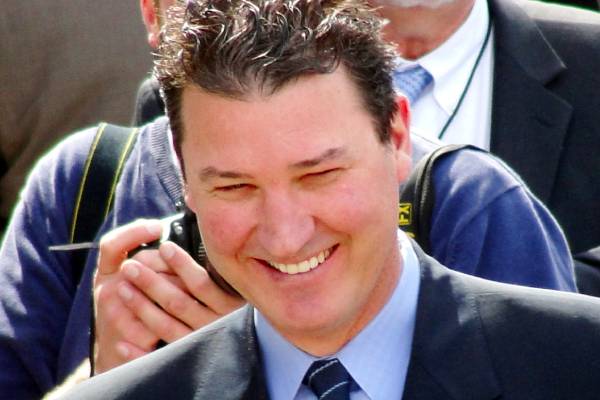 National Hockey League (NHL) has seen a number of players who have risen to a significant height of fame. There are several hockey players that have established themselves as successful personalities. One such player is Mario Lemieux, whose name can never be forgotten from the NHL history.

Mario has gained significant success and fame in his professional career. Lemieux led his team to win several championship titles. Moreover, he has also accumulated numerous awards and accolades. Many of the fans are curious to know how much has the hockey player earned in his career. Thus, let’s find out about Mario Lemieux’s net worth and earning details.

Mario Lemieux Net Worth And Earnings

Mario is also known as The Magnificient One and Super Mario. The player is regarded as one of the greatest ice hockey players of all time because of his exemplary records. The former player had a long career, and in all those years of professional career, there’s no doubt that he has earned significantly.

According to Celebrity Net Worth, Mario Lemieux’s net worth is estimated to be $200 million. Similarly, as per The Richest, his fortune is reportedly $150 million. Although the amount is different, he seems to have amassed millions to his name. Now, let’s learn further about Mario Lemieux’s earning sources.

Mario began playing from a very young age and even played in a minor league along with the future NHL stars like J. J. Daigneault and Marc Bergevin. He began his playing career with the Laval Voisins of the Quebec Major Junior Hockey League.

In his professional career, Mario played for only one team, and he received a hefty amount as salary. The table below shows the salary that Mario received in different years.

In 1993, Mario took a leave of absence due to cancer and resumed his playing career in 2000. He played until 2006 and announced his retirement on January 24, 2006. In his professional career, he earned significantly over the years. As a result, Mario Lemieux’s net worth became huge.

Apart from salaries and contracts, Mario has also earned significantly from other ventures. In 1999, after the Penguins declared bankruptcy, he became one of their biggest creditors. The team owed him $32.5 million in deferred salary. He had offered to convert $20 million of the $32.5 million that he received in salary into ownership equity in order to save the Penguins from complete financial ruin.

Then, Mario partnered with Ron Burkle and John Surma to buy the entire team for $107 million, in which they chipped $20 million and $2 million, respectively. At that time, the franchise was valued at $132 million, and two decades later, its minimum book value was $600 million. It is estimated that the team’s worth is $750 million, and Mario Lemieux’s cut would be worth $187.5 million.

Mario was the first NHL player to be the majority owner of the team he formerly played for. He serves as the chairman of the team and previously was CEO and president.

Moreover, Mario also made a significant income from various endorsement deals that he signed with different companies. In 2000, he signed a $500,000 endorsement deal with Nike. It was a career-spanning deal to wear Nike’s equipment on the ice and to endorse their products off the ice. As per the contract, he had to endorse the line of footwear and golf equipment of Nike.

Nevertheless, the hockey player must have made a considerable income from the endorsement deals with the brand. Furthermore, looking at his income source, Mario Lemieux’s net worth of $200 million seems reasonable.

As mentioned earlier, Mario Lemieux’s fortune is worth $200 million. With the riches like that, there’s no doubt that he is able to afford a luxurious lifestyle. Mario lives a comfortable life with his wife and kids.

Moreover, the successful player has spent a significant amount on real estate and branded cars. In July 2018, he put his Quebec castle on sale for $21,999,066. But in November 2018, the house was not sold yet. Moreover, it is not known if the house has found a new owner.

Nevertheless, let’s hope Mario Lemieux’s net worth increases significantly over the years, so he continues to live a comfortable life.